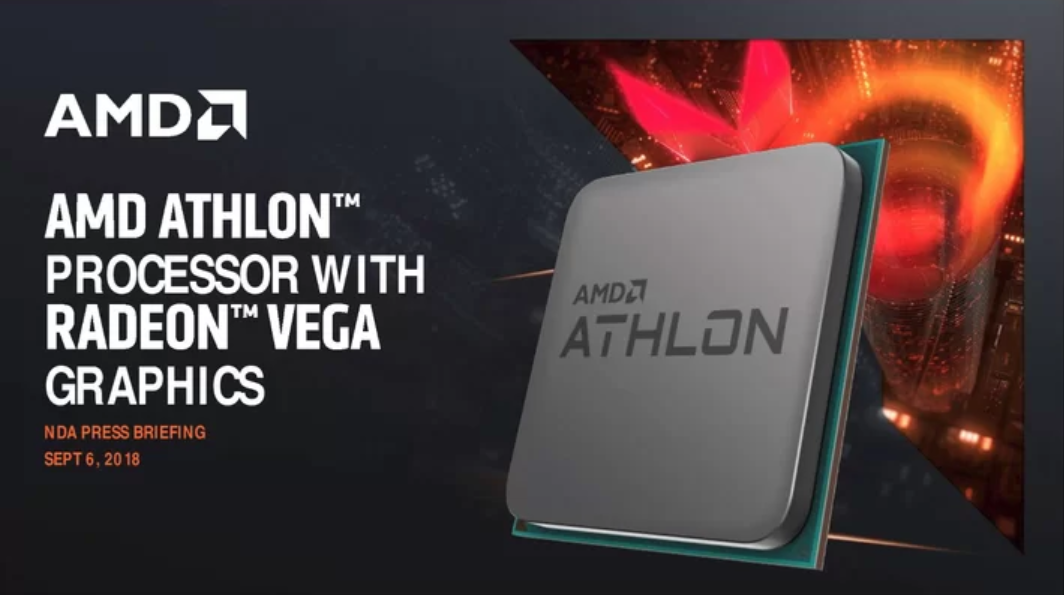 Today, AMD is announcing their first Athlon processor to feature the Zen core architecture, the Athlon 200GE. The iconic Athlon brand has been part of AMD's CPU family for as long as you can think and has been updated with their modern Zen cores in an entry-level package aiming at the budget tier.

There has been little to no action in the sub-$100 US market for a while. The last processor we can think of that was aimed at this volume shipments market was the Ryzen 5 2200G which launched earlier this year but lower priced parts have been missing for a while. Well not anymore as AMD is now introducing their Athlon 200 series parts which will feature three SKUs. One SKU is launching today which is called the Athlon 200GE.

This is the most entry-level chip based on the Zen core architecture. It features 2 cores, 4 threads and when I say Zen core, I mean the 14nm FinFET based design and not the latest Zen+ revision that is based on the 12nm process node. The chip has a base clock of 3.20 GHz and comes with no boost clocks which is the tradition with recent Athlon series processors. It also doesn't feature any overclocking support.

The chip ships with 5 MB of L3 cache and the Radeon Vega 3 graphics engine which comprises of 3 CUs of 192 stream units. The Athlon 200GE will ship with a 35W TDP and feature a price of $55 US. 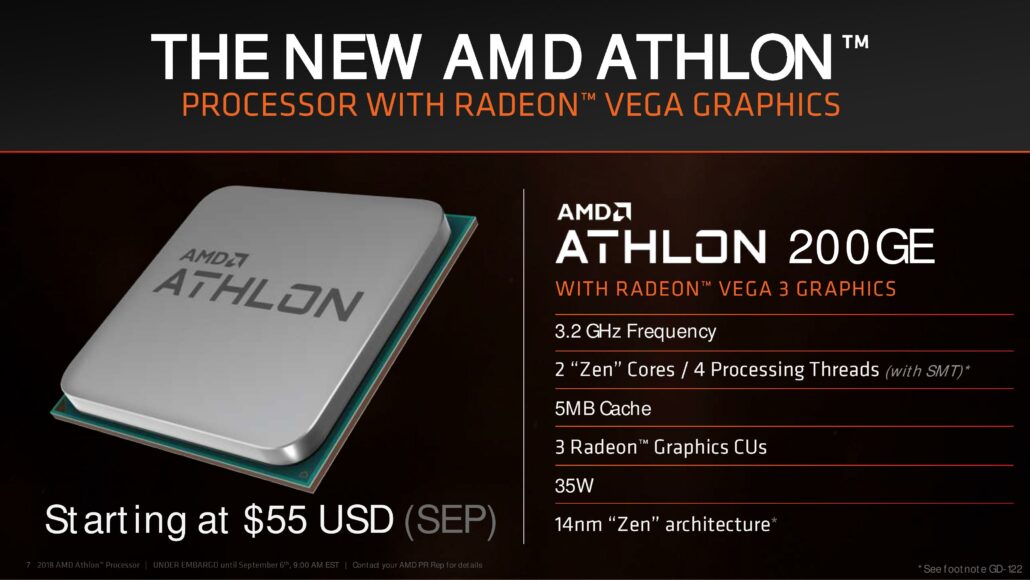 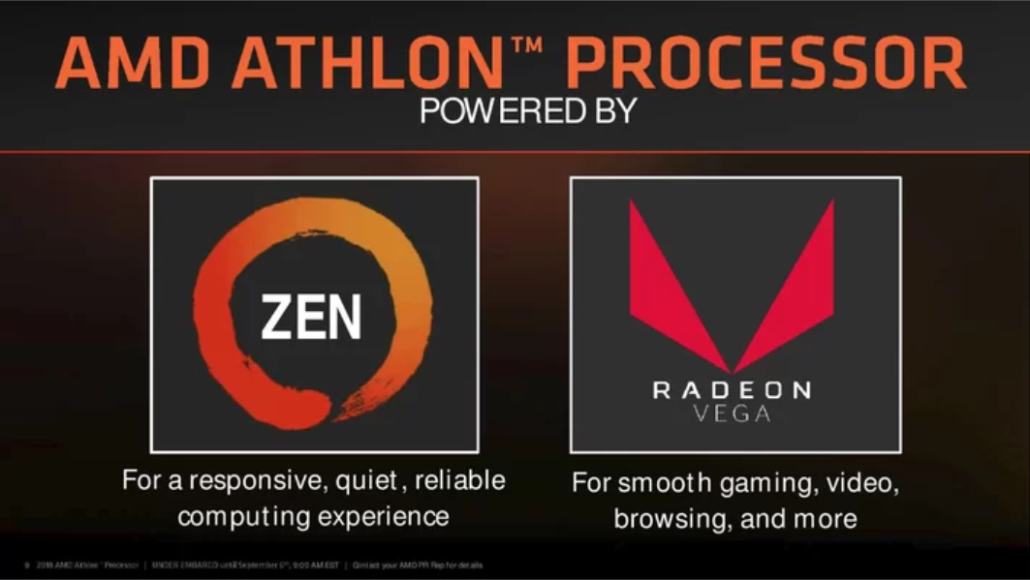 In addition, the AMD Athlon 200GE processor is supported by the existing Socket AM4 infrastructure for a platform that delivers the latest PC features including DDR4 memory, NVMe storage, 4K display support, USB 3.1 Gen2 support, and that offers an easy upgrade path to even more performance with AMD Ryzen processors and discrete graphics cards. 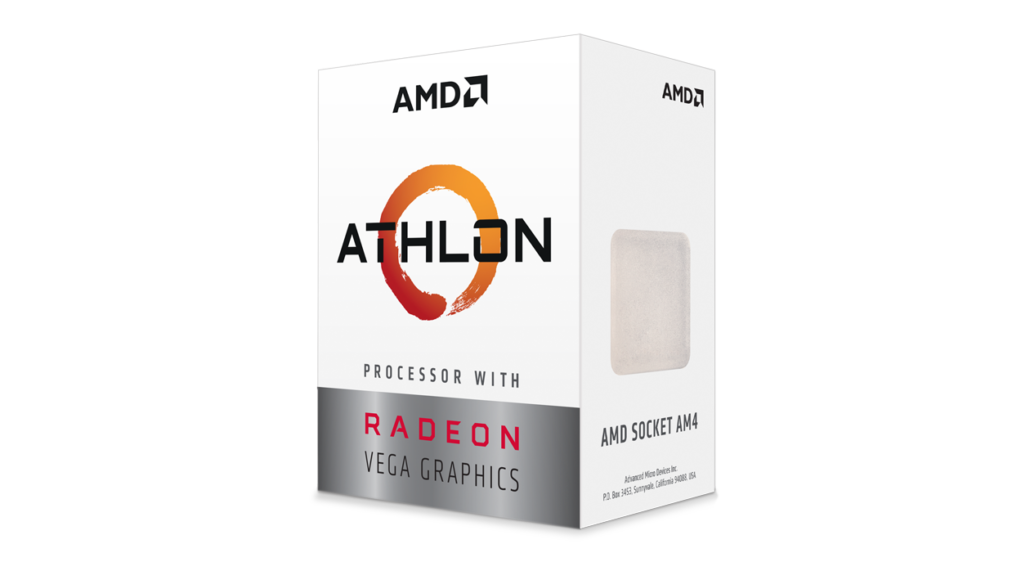 There are two more models under the Zen-based Athlon family, the Athlon 220GE and the Athlon 240GE. There are no specifications listed for these parts but details and prices are expected to be disclosed in Q4 2018. All Athlon 200 series processors will be compatible with AM4 socket boards which start at $50 US and support features such as USB 3.1 Gen2, NVMe, DDR4 memory which does make for a compelling budget PC which is worthy for offices, casual gaming, and even Esports titles such as Overwatch and Fortnite.

The AMD Athlon 200GE processor will be available from global retailers and system integrators starting Sept. 18, 2018, and the Athlon 220GE and 240GE processor models are slated for launch in Q4 2018.

Do you think the new AMD Zen based Athlon CPUs are a great choice for budget PC builders?
Share Tweet Submit