After regaining the performance crown with its HD 7970 GHz edition, it seems like AMD is all set to release another GHz edition "HD 7950" graphics card which would be placed against the NVIDIA's GTX 670.

The GHz edition HD 7950 would feature the P-State Boost technology just like the 7970 GHz featuring a stock frequency beyond 1GHz which is 200MHz higher then the original frequency of 800MHz. Current boost speed remains unknown but we can see around 30-50MHz increment with the added feature. 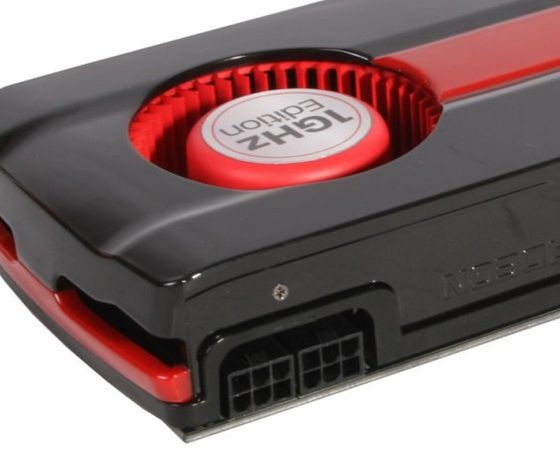 Power outputs would consist of two 6-Pin PCI-e connectors while the design would stick to the AMD's reference one. Display outputs would again be the same which include a DVI, 2 x Mini Display ports and single HDMI connector.