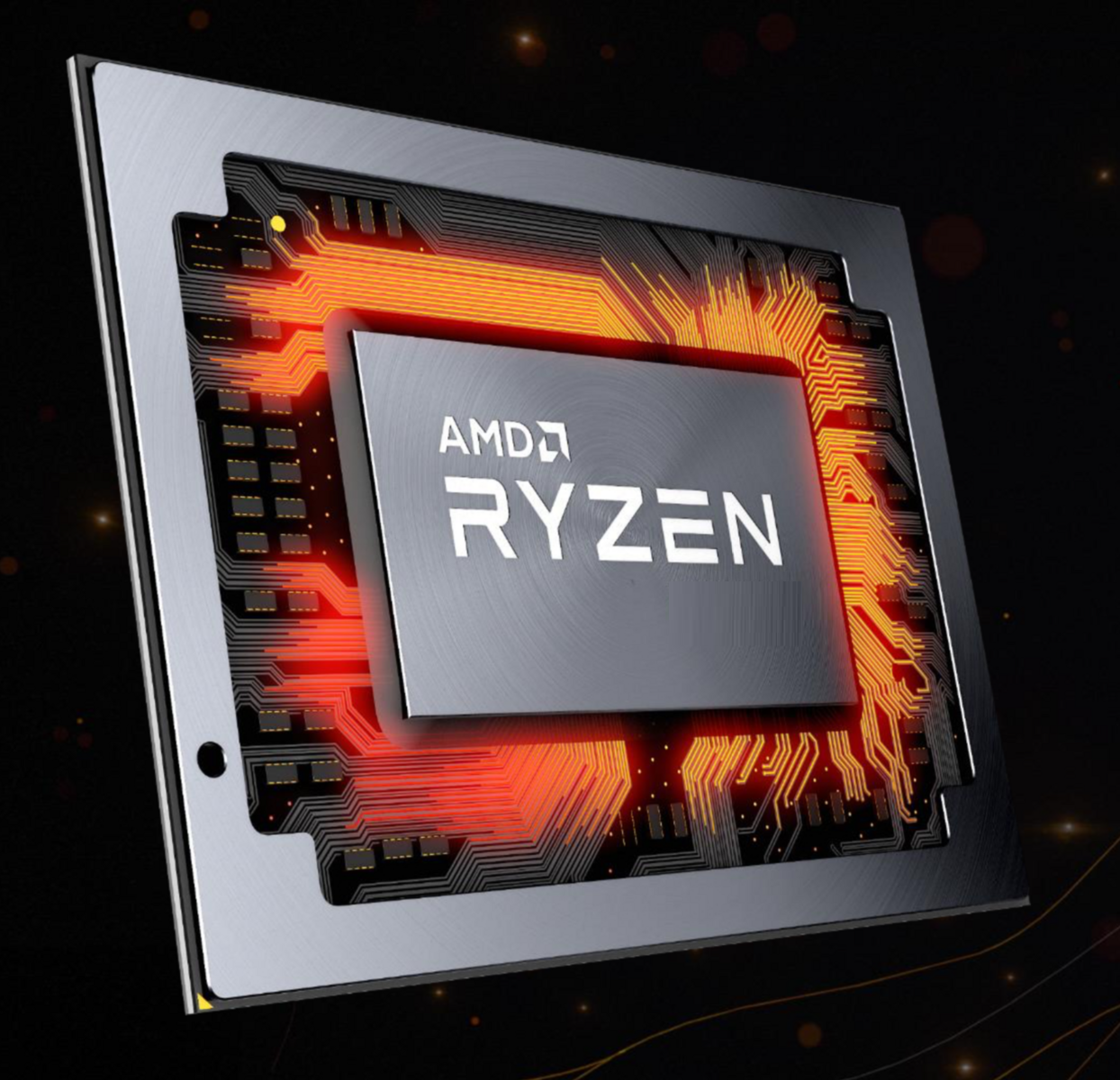 Update 6/17/2020: AMD has debunked this rumor in a statement to TechPowerUp. Vermeer and Zen 3 CPUs will be coming on time:

AMD in an official briefing call with us confirmed that the company's "Zen 3" client processors are on-track for launch within 2020. This refutes rumors that "Zen 3" based Ryzen processors had been delayed to 2021 in favor of giving the upcoming Ryzen 3000XT reign over the rest of the year. The call was chaired by AMD's client-segment product managers who were speaking purely in context of their product segment, which is how we deduce that they were referring to "Vermeer" and not [just] "Milan." They were responding to speculation that "Zen 3" has been delayed to 2021, forcing AMD to refresh its existing IP.

In the call, AMD told us that the information about "Zen 3" launching in 2020 is not under embargo, and so here we are. An AMD spokesperson told us that "the rumor on Zen 3 delay is inaccurate." AMD recently also refuted rumors of "Zen 3" being based on 5 nm, by putting out microarchitecture roadmap slides on the occasion of a recent investor relations event, which reaffirmed "Zen 3" as a 7 nm-class microarchitecture. -TechPowerUp

Word out of Taiwan is that AMD has decided to delay the launch of its Zen 3 based Ryzen 4000 CPU series from September 2020 to early 2021. This is not because of any technical difficulty but simply due to consistently strong demand for Ryzen 3000 series and lack of competition from Intel. Considering the magnitude of this leak and because it contradicts earlier reports, we have marked this post as a rumor. Caution is advised. That said, Digitimes is one of the most reliable newspapers in Taiwan when it comes to tech and has extensive industry sources so this might just turn out to be true regardless.

According to earlier reports (and the official roadmap), AMD was planning to shift to the 7nm EUV process from TSMC with its Zen 3 architecture by the end of the year. This would have absolutely cemented its place in the x86 market and led to significantly increased market share. It would also have made Intel offering completely uncompetitive (at current pricing) as its 10nm HEDT parts aren't expected to ship this year. Interestingly, Digitimes believes that Intel will not be able to ship 10nm in volume this year either and because of this AMD will be delaying their 7nm EUV launch to CES 2021.

AMD's Zen 3 based CPUs are officially supposed to ship before 2021.

Interestingly, the report also suggests that AMD might actually decide to skip 7nm EUV altogether and move to 5nm (which should also be an EUV node) at the CES 2021 launch. AMD's move to 5nm by early 2021 is something we have heard before and it would also rationalize skipping 7nm EUV from a business perspective even further.

[opinion] Considering they have already announced the move and all of our reports are suggesting a launch by October, I am not entirely convinced by this report. AMD has shown to be incredibly reactive to public perception and going back on their planned roadmap to take a leaf out of Intel-of-olde's book might not get the warmest reception. [/opinion]

If AMD is actually planning to delay this move, we will almost certainly hear from our usual sources before then as well and verify this story when it happens. For the purists, here is a translation of the relevant portions by @chiakohua aka RetiredEngineer reproduced with permission:

According to motherboard manufacturers, due to the pandemic and competitive reasons, Intel and AMD kept changing their 2020 desktop roadmap and launch schedules, causing major headaches for the supply chain. In addition, NVIDIA and AMD are also keeping the launch schedules for their next-gen GPUs secret, to avert pricing manipulations by their opponents.

Judging from the way things now look on both sides, AMD's Ryzen 3000 series, launched since July 2019, will continue to be hot-sellers. Refreshed models coming in June/July are the motherboard manufacturers' important products for stimulating sales in the second half. In contrast, the earliest Intel will officially launch 10nm desktop processors is at the end of 2021. If Intel does not have any secret weapons during the intervening one-and-a-half years, it's desktop market share may touch new lows, and AMD can be expected to hit the 30% mark in one fell swoop.

Riding on hype and advantages of TSMC's 7nm and below advanced process, AMD's Ryzen 3000 series, launched since July 2019, has been able to deliver excellent price/performance overall and continues to be a hot-seller, outshining Intel's Comet Lake.

Following the launch of the B550 chipset on June 16, motherboard makers are now in full ramp-up mode, with the A520 chipset soon to follow. Three new models of Ryzen 3000 series processors codenamed Matisse Refresh, previously not on the roadmap, will be added to the line-up on July 7, including Ryzen 9 3900XT, Ryzen 7 3800XT and Ryzen 5 3600XT, replacing the current 3900X, 3800X and 3600X respectively. In addition, low-end APUs codenamed Renoir will follow on July 21. 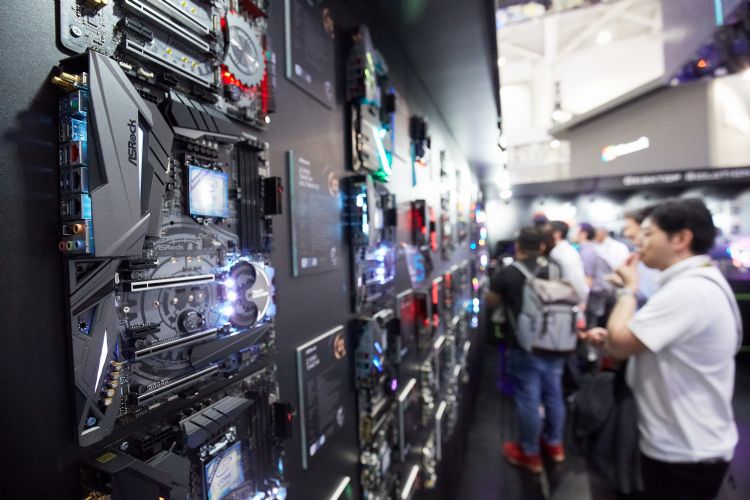 According to motherboard manufacturers, sales for Ryzen 3000 series are hot. Accordingly, AMD is extending its life cycle, and definitely will not be launching the next-gen Ryzen 4000 series, based on Zen3 architecture and using TSMC's 7nm EUV process, in Sep. The earliest Ryzen 4000 series will enter mass production is end of 2020, and launch in Jan 2021 at CES. Whether it will be changed to 5nm EUV process is unclear at the moment.

This strategy also shows that the desktop battle has clearly reversed. Due to the mediocre performance of Intel's Comet Lake and new products coming at the end of the year still staying on the 14nm node, [AMD] decided to adjust the schedule for transitioning from old to new platform.

As understood, following Comet Lake, Intel will launch Rocket Lake at the end of 2020, at the earliest. But it will still stay on the 14nm process. The first 10nm desktop processor Alder Lake will only be released at the end of 2021 at the earliest, which is to say Intel is yet to fully enter the 10nm era for another one and a half years.

Current observations indicate that motherboard makers such as ASUS, Gigabyte, MSI and ASRock, along with HP, Dell, Acer and Lenovo have continued to increase shipments and the proportion of new projects for AMD platforms quarter by quarter. AMD's market share for desktops can be expected to reach 30% by the end of this year soonest, making a new high for the DIY channel in more than 10 years.

....market condition has futher reinforced AMD's momentum and pushed up sales for notebook and server platforms. If Intel fails to amend its roadmap or start a price war in the second half, market share loss in 2021 will be even more severe. Not just for PCs, but also servers, which might see AMD grabbing 10% share, constraining [Intel's] growth momentum.

In addition, it is worth noting that Nvidia and AMD are also very secretive about the launch schedule of their next-gen graphics chips. Nvidia has already released the A100 GPU based on Ampere architecture, developed for AI and HPC applications. Consumer-grade GeForce GPUS are rumored to launch in August. AMD, on the other hand, will be waiting for Nvidia to launch its new products before revealing this year's new product Big Navi, currently expected to launch in Q4.