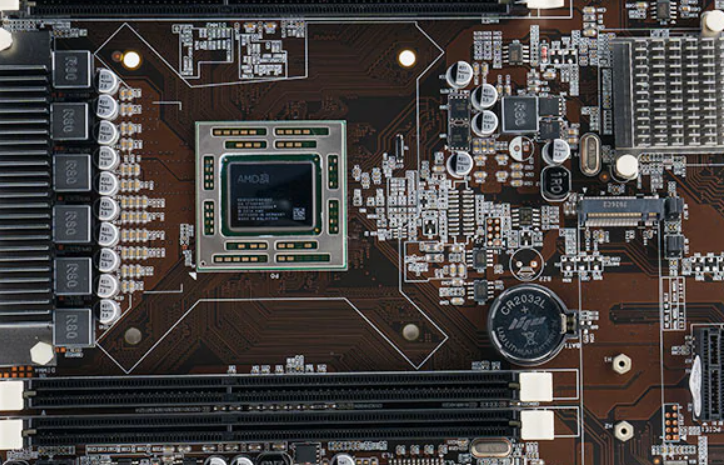 An individual seller at Aliexpress (via Momomo_us) has listed a rather interesting motherboard that features an unreleased AMD 8 Core APU with Radeon graphics and offers performance close to the original Xbox One.

AMD's Unreleased A9-9820 APU With Radeon R7 350 Integrated Graphics Spotted on Chinese-Branded Motherboard, On Sale For $125 US

The motherboard is a rather interesting one since it features the unreleased AMD A9-9820 APU which should be part of the 7th Gen A-Series APU lineup. This lineup was based on the Excavator cores which AMD has since replaced with its brand new Zen core architecture and also features integrated Radeon R7 graphics which have been updated with Vega graphics.

The motherboard features the AMD A9-9820 APU in its heart and the chip comes in the BGA form factor and looks remarkably similar to the Xbox One SOC. According to the lister, the board comes with the A9-9820 APU which packs 8 cores / 8 threads and a boost clock of 2.35 GHz. The graphics side includes the Radeon R7 350 graphics which features 8 CUs of 512 stream processors. The GPU clock speeds are not mentioned but it's slightly slower than the 12 CU GCN graphics chip featured on the Xbox One SOC. The CPU side could include x86 Jaguar cores which are the same ones that were featured on the Xbox One SOC.

Other specifications for the motherboard include four DDR3 DIMM slots which suggest a dual-channel memory interface. There is a 6 phase VRM design and power is provided through a 4-pin connector plus the 24-pin ATX connector. There are four SATA III ports, a single 2.5" SATA interface, & a single PCIe 3.0 x1 slot. The PCH and VRMs are covered by heatsinks and we don't know the exact AMD PCH that the motherboard utilizes.

The rear I/O includes a number of ports including a Gigabit Ethernet LAN port. a 3 channel HD audio jack, HDMI, PS/2, and a number of USB 2.0 / 3.0 ports. The motherboard is on sale for a pricing of $125 US which is quite reasonable since it's a complete package with the motherboard, processor, and graphics that you're getting.

Other sellers have also listed motherboards with the same A9-9820 APU/SOC and selling it inside entire custom build PCs. The price of the full system is around $185-$200 US and the seller points out decent gaming performance at 1080p resolution in several eSports titles.

You can obviously get far better performance by spending a bit more on a 3rd or 4th Gen AMD Ryzen APU coupled with a B450 motherboard but this is definitely one interesting part that offers performance close to the original Xbox One for under $150 US.