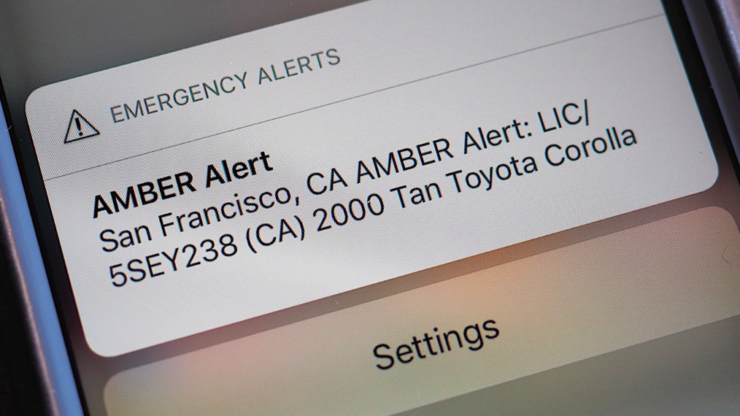 Technology is a boon when put to right use - and it has been proven yet again. A total of 857 missing/abducted children have been rescued, thanks to AMBER alert program.

For those unaware, the Amber Alert program was started by the US Department of Justice in the year 1996, to honor Amber Hagerman who was kidnapped and murdered in Arlington, Texas. The word "Amber" also stands for "America's Missing: Broadcast Emergency Response Plan."

The National Center for Missing and Exploited Children describes the program as:

A voluntary partnership between law enforcement, broadcasters and transportation agencies to activate an urgent bulletin in the most serious child-abduction cases.

Among all the 857 children rescued through Amber Alerts, only 38 were caught because of cell broadcast that accounts for less than five percent of the total recoveries. The remaining 819 children were found through alerts aired on TV or the radio.

The AMBER Alert program worked like magic in rescuing 857 children. Regarding its working on mobile phones, the alert appears in the form of message notification. A synchronized trail of messages appears on every device that set people on a lookout as all the devices go off together like an alarm clock. These alerts are designed to spread the description of suspected vehicle, all around the region. The program also includes appeals on TV and radio for an extended outreach among the citizens. These alerts are sent to all the mobile phones in the range, also known as Wireless Emergency Alerts.

For having sent out Amber alerts on cell phones, the authorities are not required to know your contact number. The cell towers automatically transmit these messages to all the cell phones in the range. The process of sending alert messages via cell towers is known as Cell Broadcasts, and it is enabled by default on every cell phone. Most importantly, the alert tone of these messages is unique and piercing, to grab the attention of users.

Like we said at the beginning of this article, technology put to good use is a blessing. In this case, Amber Alerts saved lives of 857 children. We hope that in the future, agencies come up with even sophisticated means for rescuing the victims of abduction.

George R.R.Martin’s Work on Elden Ring Was Done “Many Years Ago”