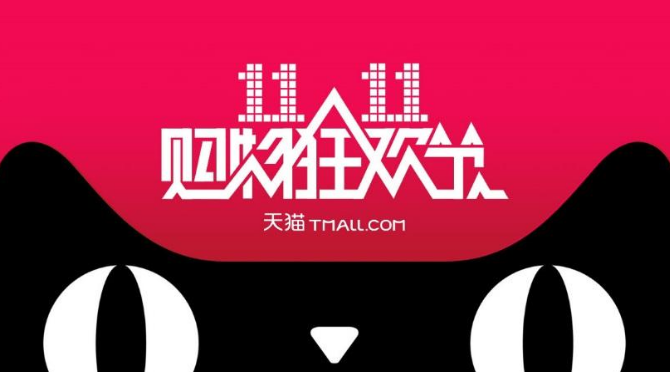 Last year Alibaba was able to hit $30.4 billion in Gross Merchandise Volume during a 24-hour period. Breaking this record mid-afternoon -- while people are ostensibly busy at work -- is a sign that another buying rally will occur when the workday ends. 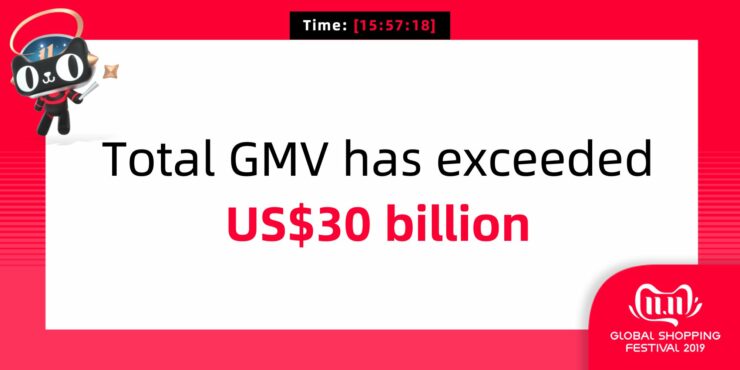 Later on in the evening, Alibaba announced that it had crossed the 1 billion threshold for packages shipped beating last year's record. 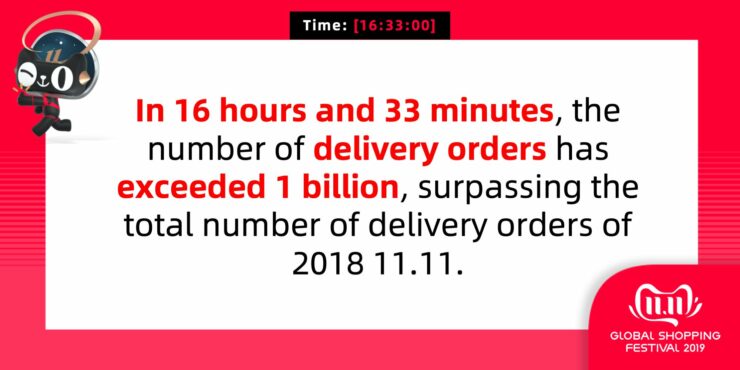 Prior to the event, Alibaba said that it was doing significant stress testing to its content delivery network (CDNs) to prepare for the spike in traffic.

This is the eleventh iteration of the annual shopping festival, known for its deep discounts on goods across Alibaba's various shopping sites like Tmall. It all kicked off at midnight, with parallel events in Singapore, Hong Kong, and Shanghai as Taylor Swift opened with a concert and Kim Kardashian announced her fragrance brand KKW will be available for sale on Tmall.

Included in the list of bestselling goods is Apple's (NASDAQ:APPL) iPhone 11, a reassuring sign that Chinese consumers are still interested in American goods despite the trade tensions between the two countries.

While Alibaba's brand is synonymous with Singles' Day, it's not the only company capitalizing on the phenomenon. Local rival JD.com (NASDAQ:JD) reported that it had sold $2.3 billion in merchandise between November 1 and 11.

The growth story of China's e-commerce sector is largely one of debt, powered by a growing FinTech sector that competes for China's young middle-class consumers with new lending products. However, high levels of corporate and government debt continue to be concerns for authorities in Beijing, and as household debt climbs, there's a worry that the country’s debt burdens overall could become unmanageable and weigh on China’s growth.

Huabei, a microlending FinTech startup owned by Ant Financial, reported that it has extended $140 billion in loans since its launch in 2015. According to reports, the average annualized interest rate of loans offered by Huabei is 16% while the law in China caps the rate at 36%. Controversially, Huabei raises users' credit limits by up to 80% during Singles' Day (Ant Financial's parent company is Alibaba). However, on-time repayment rates for its millennial borrowers -- who make up most of its customer base -- hover in the 90% rate.

Let's Get Confirmation on the Numbers

While Alibaba's numbers are impressive for their raw size -- and scale is to be expected in a county with China's size and hungry middle class -- it's important to remember that the Gross Merchandise Volume (GMV) metric doesn't necessarily equate to sales that were closed.

As pointed out in 2017 by financial Blogger "Deep Throat", and later cited by short-seller Muddy Waters, Alibaba disclosed to the SEC in 2014 that GMV would be better thought of a metric of activity rather than a figure representing closed sales:

The Company also advises the Staff that buyers and sellers settle their transactions through the Company’s related company Alipay or through other means, including the use of cash payments. Accordingly, consistent with the practice followed by its peers in the e-commerce industry, the Company calculates GMV on the basis of transactions entered into on its marketplaces regardless of whether there is settlement between the buyer and seller.

The Company considers GMV to be the key metric that provides material information about the Company’s business because it measures the activity level, growth and overall health of the Company’s marketplaces and ecosystem.

Given that Alibaba's selection of goods could best be described as broad -- military-grade drones and pre-fabricated homes are available alongside perfume and smartphones -- the reported GMV really shouldn't be seen as a metric of the health of China's consumer economy: 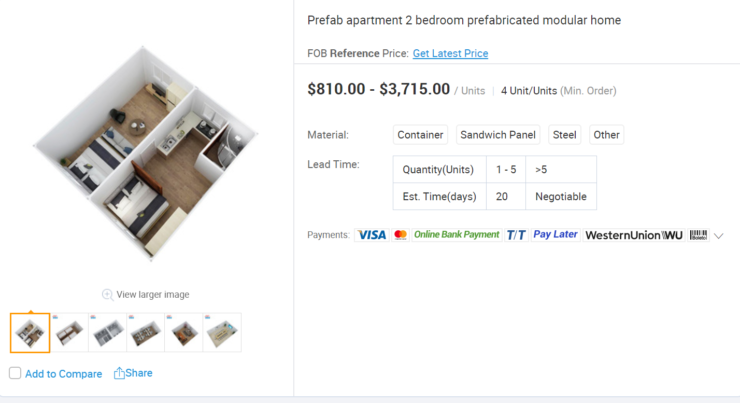 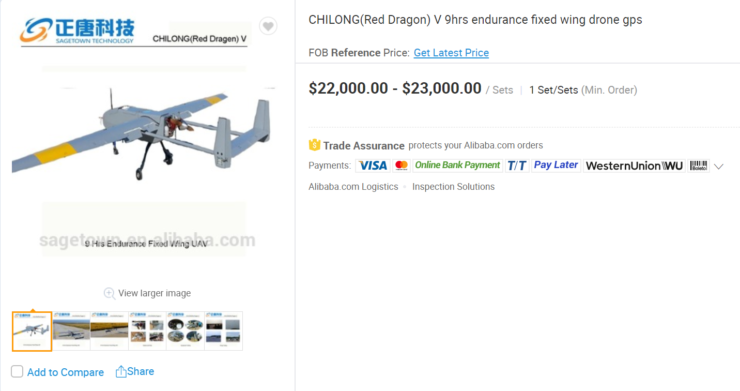 It's not in anyway illegitimate that these goods appear on Alibaba, after all, industrial-grade exports such as this make up a pillar of China's economy and they certainly have a market. However, these are a far cry from the consumer goods that we are trained to associate with Singles' Day and the obvious possibility exists that the presence of these goods -- and the fact that they only need to be clicked on to be counted -- means that the GMV numbers reported throughout the day will be skewed.