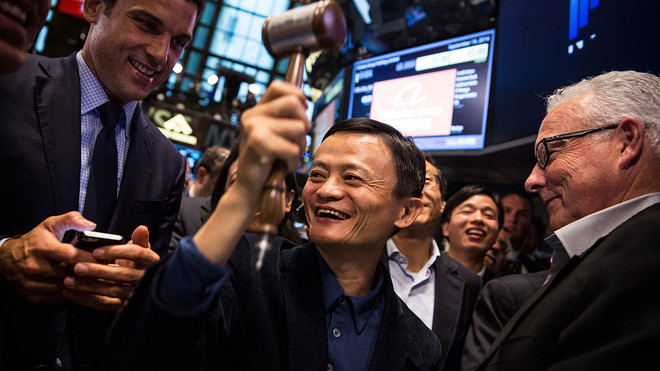 Days before Joe Biden is scheduled to assume the office of the President of the United States, the State Department has said that it will not ban Americans from investing in Alibaba (NYSE:BABA) and Tencent (HKG:0700) after re-assessing their ties to the Chinese military.

According to prior reports, the State Department was set to put the two companies on a list of firms with close ties to the People’s Liberation Army which would ban Americans from investing in them and ban US-based exchanges, like the New York Stock Exchange, from listing their shares. In November, President Trump signed an executive order that prohibits US nationals or entities from investing in firms that supply, support, or are owned by the PLA. Within this executive order were 31 companies, two of which are listed on US markets: China Mobile and China Telecom.

However, analysis of Whale Wisdom, a platform that tracks 13F filings, an SEC quarterly report that lists the publicly traded holdings of funds worth over $100 million, both China Mobile and China Telecom were already being dumped by fund managers prior to the news. In contrast, Alibaba and Tencent are widely held stocks.

But as Trump prepares to leave the White House, the incoming administration might be after a détente and has taken two of China’s most international and prominent tech firms off the list.

According to the Wall Street Journal, Steven Mnuchin, the Secretary of Treasury, was an advocate of leaving Alibaba and Tencent off the list. While a Trump appointee, he argued that “including such major companies would destabilize markets and create economic fallout” as the two firms are two of China’s largest publicly listed firms by market cap.

Shares of Alibaba’s New York-listed ADR jumped by about 7% on the news, while Tencent opened the trading day strong in Hong Kong up 5%.

But Where is Alibaba’s Jack Ma?

Despite these relatively important times for Alibaba, its Chairman, Jack Ma, has been missing for two months. The IPO of Ant Group, Alibaba’s fintech arm, was canceled after Ma became a public critic of the People’s Bank of China’s regulatory policy.

Ma, said to be “lying low”, is apparently “safe and sound” according to the view of one fund manager.

Fred Hu, chairman of private equity firm Primavera Group, an investor in Alibaba, is optimistic about the company’s future and has high hopes for Ma’s return.

“I believe he is safe and sound. He remains an enduring example of successful entrepreneurship,” Reuters quoted Hu as saying.

According to a report by Bloomberg, the absence of Ma in the company’s day-to-day operations has delayed a major bond sale of company debt. The report says that prospective investors have yet to receive relevant paperwork.

“At the moment, it is not something we would participate in given the uncertainty around the actions of the Chinese regulator in this sector, Jack Ma’s recent criticism of China’s bureaucratic system and how the government will react to it,” Bloomberg quoted fund manager Alejandro Arevalo, head of EM fixed-income at Jupiter Asset Management as saying.

“There are too many unknowns.”