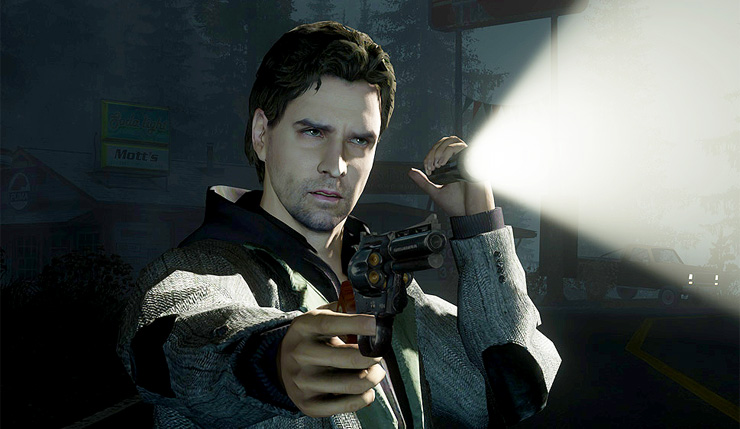 Remedy Entertainment’s cult-favorite horror-adventure series Alan Wake is being adapted for TV. According to Variety, the TV series will be produced by Contradiction Films and headed up by Legion and Cloak and Dagger showrunner Peter Calloway. Remedy will also be fully involved, with series co-creator/head writer Sam Lake attached as an executive producer.

“Alan Wake was basically a TV series that was made into a game. That was [Sam Lake’s] vision. It was influenced by The Twilight Zone, Secret Window, Hitchcock, Northern Exposure, a lot of U.S. television. We plan to work closely with Sam on this show. Sam is a huge part of this. This is his baby.”

That pretty much sums it up. In retrospect, Alan Wake was ahead of its time, as it drew influence from Stephen King novels, 80s and 90s TV, and a whole lot of other things that are currently popular. Unfortunately, like a lot of ahead-of-the-time things, Alan Wake wasn’t quite as successful as it could have been, but perhaps the concept will work better as a TV series. And hey, if the TV show works out, maybe we’ll finally get another game?

Speaking of which, according to Lake, a lot of the concepts and stories Remedy has drawn up for Alan Wake 2 will be used as inspiration for the TV series…

“The story of the original game is our starting point, the seed which will grow into the bigger story we’re exploring in the show. We’ll be expanding the lore of this crazy and dark universe and diving deeper into certain aspects of it than the game ever did. Not only that, but through the years we’ve worked on multiple game concepts and stories for Alan Wake’s world that have never seen the light of day. All of this material will function as potential source material for the show.”

Don’t worry though, just because Alan Wake 2 materials are being used for the TV show, doesn’t mean a sequel isn’t happening – Lake insists Remedy is still trying to make another game happen.

No word yet when or where you’ll be able to catch the Alan Wake series, as the show is still being shopped around. What do you think? Will you be tuning in?