If it is for the holidays, something we can expect as a gift! Remedy Entertainment has decided to put together and released a special bundle of free downloadable content related to their franchise Alan Wake just on Steam. 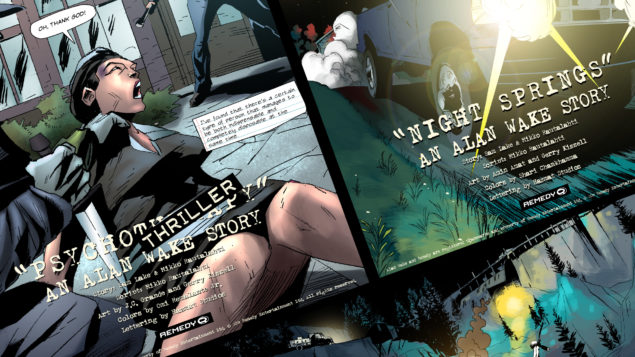 This special content will take the players all over the places we can’t see after the game has been finish. That’s why this special bundle includes a lot bonus videos like early demo videos, “making of” documentaries, the story of Remedy, music video for “Balance Slays the Demon” by the Old Gods of Asgard and a clip from the Harry Garrett Show.

And to those comics lovers, you would be able to get two graphic novels set in the world of Alan Wake titled Night Springs and Psycho Thriller, with stories by Sam Lake y Mikko Rautalahti.

Note by note for music lovers, you can have the original soundtrack of Alan Wake’s American Nightmare and sheet music of Alan Wake, both composed by Petri Alanko.

Final but not less important what makes us play the game, the complete lost pages of Alan Wake screenplay and also scripts of The Writer and The Signal, narrations, Mr. Scratch videos, radio shows and manuscript pages.

It would be bad to say Remedy didn’t think on all types of fans this game has. But! What you need to have before getting the special bundle for free is the complete game of Alan Wake. Which if you don’t have the release of the goodies coincides with a Steam sale for Alan Wake, which you can pick up the game at a price of $14.99. Also it would be a perfect time if you want to grab the downloadable content, which is only for $4.99.