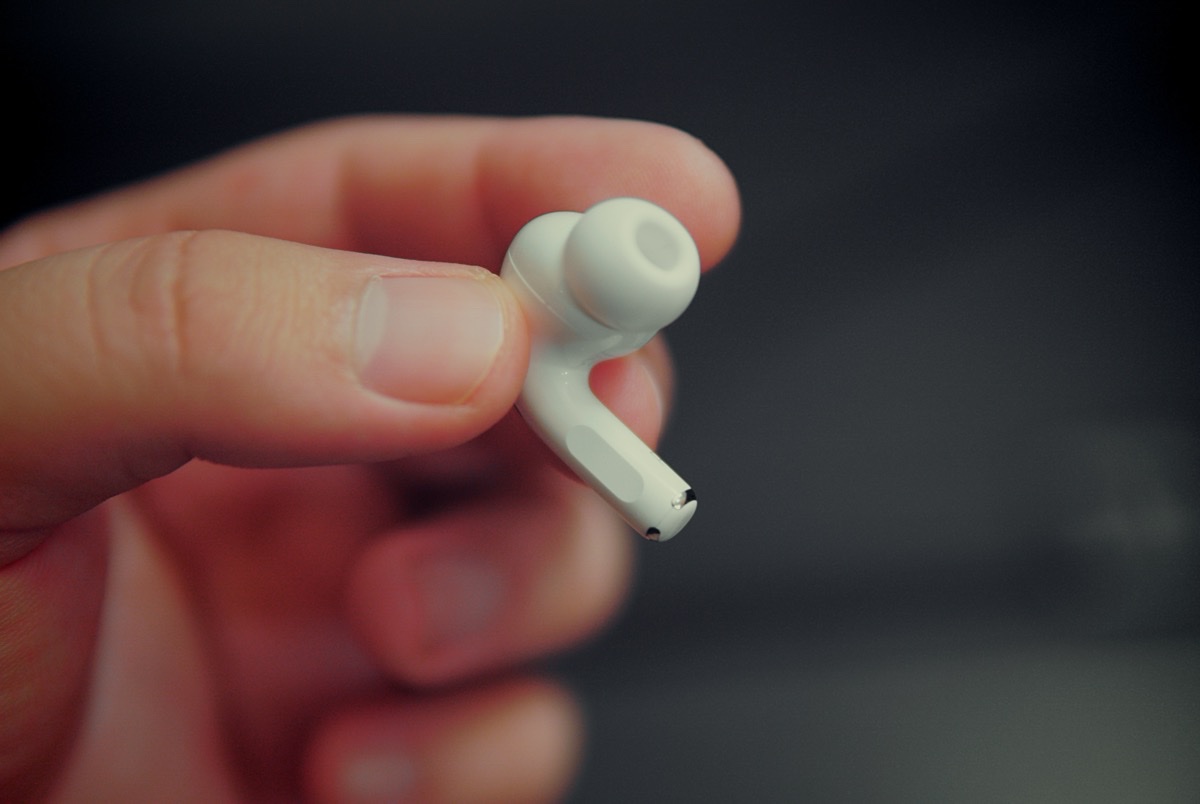 AirPods Pro have finally gained support for Spatial Audio and automatic device switching with the latest update that was released earlier today. The update works with iOS 14, iPadOS 14, macOS Big Sur, and tvOS 14.

Apple had announced Spatial Audio and automatic audio routing between Apple devices during its virtual WWDC 2020 event. Spatial Audio allows directional audio which maintains its position in your surroundings even when you move your head. This feature works with iOS devices and Apple TV, however, macOS Big Sur is not supported as per Apple. Here is how Apple describes this feature:

Spatial audio with dynamic head tracking brings the movie theater experience right to your AirPods Pro. By applying directional audio filters and subtly adjusting the frequencies each ear receives, spatial audio can place sounds virtually anywhere in space, creating an immersive surround sound experience. Using the gyroscope and accelerometer in your AirPods Pro and your iPhone, spatial audio tracks the motion of your head as well as your device, compares the motion data, and then remaps the sound field so that it stays anchored to your device even as your head moves. 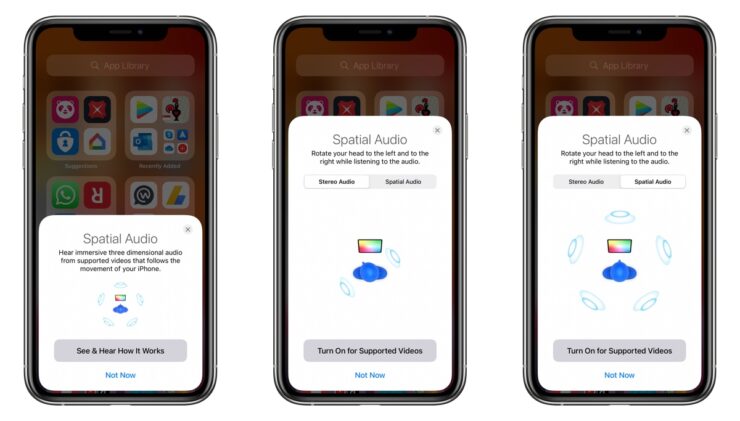 I have tested this update with a variety of Apple TV+ content and it works great. Spider-Man: Into the Spider-Verse just sounded much better than how I remember it without Spatial Audio.

Automatic Device Switching with AirPods and other H1-chip Headphones

Automatic device switching is something that you would think that it already works with AirPods. However, this feature is just being introduced with iOS 14, iPadOS 14, watchOS 6, and macOS Big Sur. This will allow your AirPods Pro, or any other AirPods or Beats headphones with an H1 chip to seamlessly route audio between your iPhone, iPad, iPod touch, Mac, and Apple Watch. A pop-up banner is supposed to appear to show which device is playing the audio. However, during my testing so far, I could not get this feature to work and still had to manually switch the device output to connect to my AirPods Pro. My Apple Watch is not on watchOS 6 so that might be the reason. 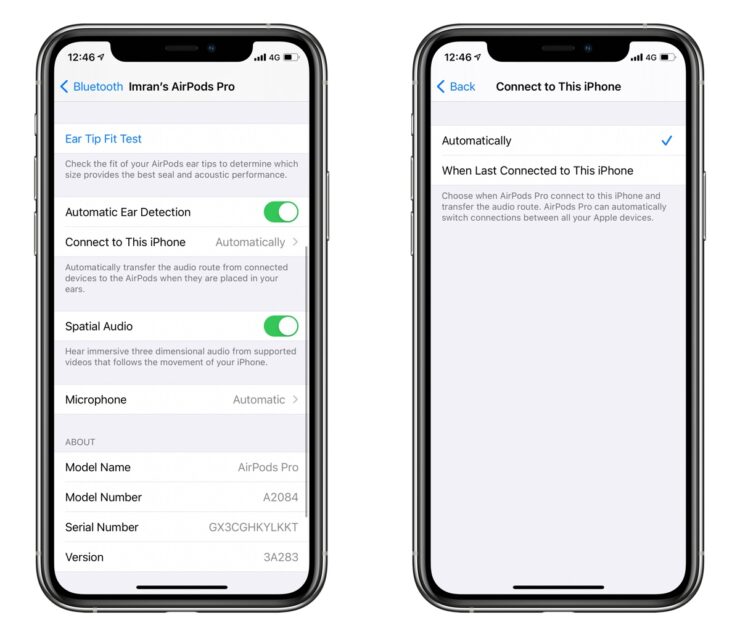 To test the above features, make sure that your AirPods Pro or second-generation AirPods are on firmware version 3A283. You would also need to be on the latest beta versions of iOS 14, iPadOS 14, macOS Big Sur, and watchOS 6.