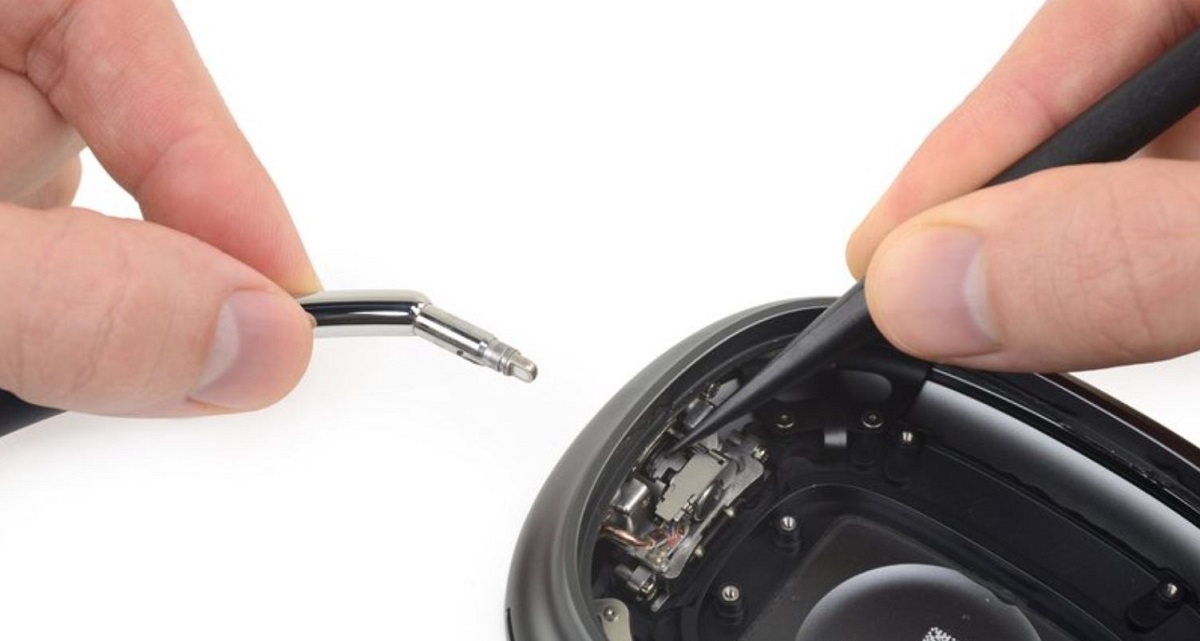 Apple introduced the AirPods Max not so long ago and while the sound quality is better than most over-the-ear headphones out there, you may have questions regarding the wearable's hardware. With that said, the team over at iFixit has posted a detailed teardown of the AirPods Max. Surprisingly, the AirPods Max received a pretty decent repairability score compared to the AirPods and the AirPods Pro. In addition to this, the AirPods Max headbands can also be removed easily.

AirPods Max Headband Can Be Easily Removed Using a SIM Ejector Tool, According to iFixit Teardown

The iFixit team discovered that the process of tearing down the AirPods Max is a bit different compared to other headphones. The earcups of the headphone feature screws which when rotated releases a wedge on the other side. Yes, you're not supposed to do that because it would just make it difficult for you to undo. The teardown reveals that the battery of the AirPods Max is fixed inside the right. The battery is a mere 664mAh and made by Sunwoda. The team also posted a video in which it shows the AirPods Max's hinge in action.

According to the AirPods Max teardown, Apple seems to have put a lot of engineering into it. The internals are complex but as mentioned earlier, the wearable received a respectable score when it comes to repairability. iFixit notes that the headband can be removed easily from the earcups using just a SIM ejector tool. Yes, it's that simple and you don't even have to open the headphones. All you have to do is put the SIM ejector pin in the right spot. 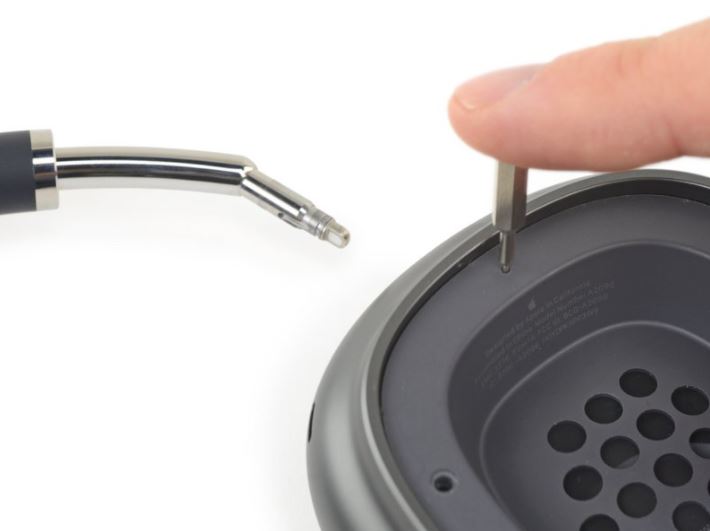 This is not the first time we are hearing details on a replaceable headband. Before the AirPods Max was launched, there were plenty of rumors citing that the wearable will feature a removable headband. It is possible that Apple might have been planning to incorporate the change but decided not to on the final moment. 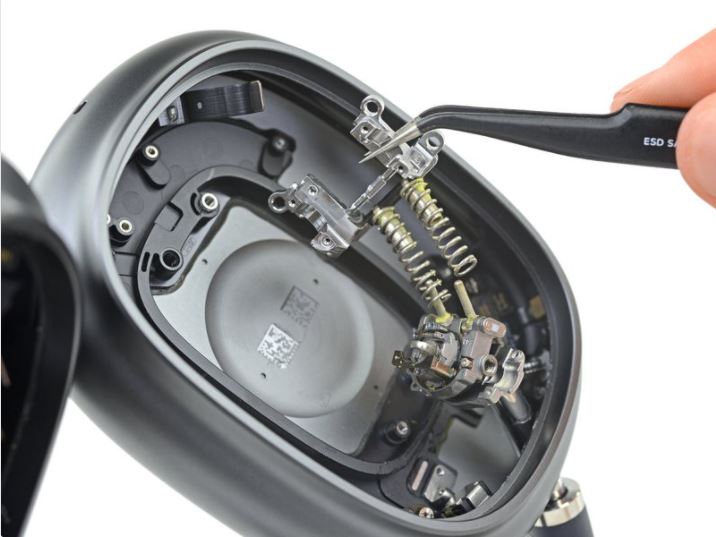 Apart from this, 9to5mac also discovered in iOS 14.4 how the platform is capable of seeing the "headband type" that the AirPods Max is using. The change could have been out in place for future releases of headbands and how iOS devices will display the headphones in the UI. Also, it can also be true that Apple might have scrapped the plans altogether for the headbands to be interchangeable.

That's all the details we know for now but we will definitely keep you guys posted with updates to the story. What are your thoughts on the subject? Let us know in the comments.