Aeromobil Flying Car takes to the Skies – The Future is Finally Here.

The internet is filled with comments of people complaining how the future they were promised never came. "Where are the flying cars, where are the AI robots...". Well ladies and gentleman, Aeromobil made history, flying car takes to the skies, signalling the dawn of the future we were promised. 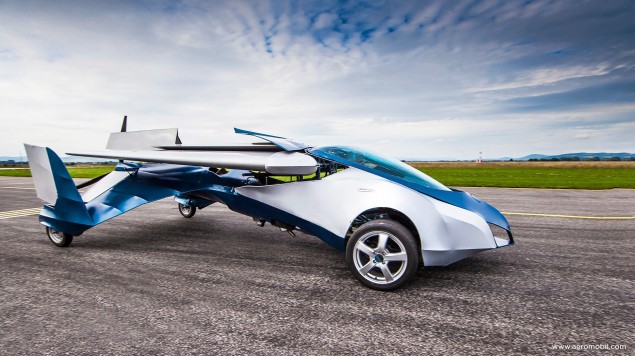 Ladies and Gentlemen, the flying car of legend: Aeromobil.

Aeromobil is the brainchild of one Stefan Klein, an inventor from Slovakia. The obvious problem with any flying cars has been the wings. Would you make foldable wings? normal wings? Dual Wing Design or Quad Wing Design? Where would you keep them in car mode. Well using a stunningly simplistic and aesthetic design the Aeromobil 2.5 using the Firefly model, unfurls its wings upon flight while keeping them folded on its back during car mode. The Aeromobil 2.5 was successfully tested a few days ago, marking the dawn of an era. The 2.5 went straight from the road to a runaway and into the air. Here is the footage:

As you may notice the Aeromobile doesn't climb more than 10 foot. There are two reasons for that. 1) Air regulations dont permit any vehicle air space without a bunch of licenses, checks and other jargon. 2) The Aeromobil 2.5 Version has some handling glitches were are expected to be solved by version 3. Needless to say even without the air height we can clearly see that had the pilot so wished, the car would have climbed higher. Naturally this being the prototype, a commercial model would be infinitely better. 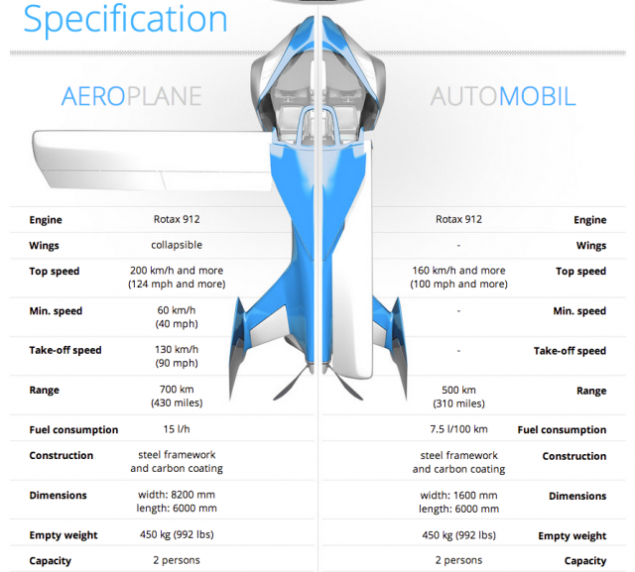 The Aeromobil Flying Car has a range of approximately 700km while flying, though if you own one you would want to keep it to 600km. Unlike a car if you run out fuel mid air, you wont just be able to park it and hitchhike. The Aeromobil has a capacity of 2 people. Photo Gallery for the Aeromobil.

The First Flying Car, #Aeromobil, takes to the Skies. The future is finally here. http://t.co/25hbtEEOrG