ADATA Shows Off HD830, Rugged External HDD Can Take up To 3000 KG of Pressure.

ADATA today announces the launch of the HD830, its most rugged external hard disk drive (HDD) to date. It features an ultra-sturdy aluminum exterior, triple-layer construction, and IP68 rating for the ultimate protection of data. What's more, the HD830 is MIL-STD-810G 516.6 compliant and can withstand up to 3000kg of downward pressure. The HDD is also equipped with shock sensors that prevent errors and bad sectors due to accidental impact and shaking.

The HD830 packs a though aluminum exterior to shield it from drops and blunt force, as well as downward pressure up to 3000KG which is about the weight of 50 average people, or more than most trucks and just about every car on the road. The HD830 also meets the U.S. Military's MIL-STD-810G 516.6 standard and can survive falls from up to 1.22 meters. A three-layer construction provides complete protection inside and outside, including a tough outer silicone casing that comes in red or blue, shock-absorbing buffer, and cushioned mounting that firmly holds the drive in place. 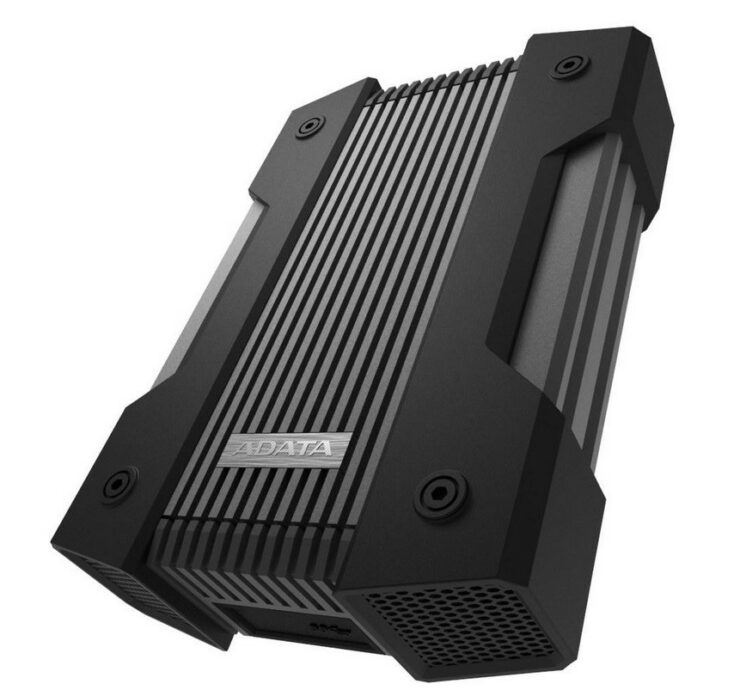 Lesser external drives continue to operate when dropped, potentially resulting in errors and bad sectors. The HD830 features shock sensors that stop drive activity when an impact is detected, such as when accidentally dropped. Users will know the sensors are activated when the LED indicator blinks in red. When the threat has passed the LED indicator will light up in blue and resume normal operation.

The HD830's robust aluminum exterior is crafted with a boldly grooved surface texture with a sandblasted finish and two sturdy side columns that give the HD830 the look of a true warrior. In an era of 4K Ultra HD videos and other high-resolution content, users can never have too much storage capacity. The HD830 has them covered with 2TB, 4TB and 5TB of storage capacity.

The Pricing has not been announced though it should be released by the end of the month with a 3 year warranty.