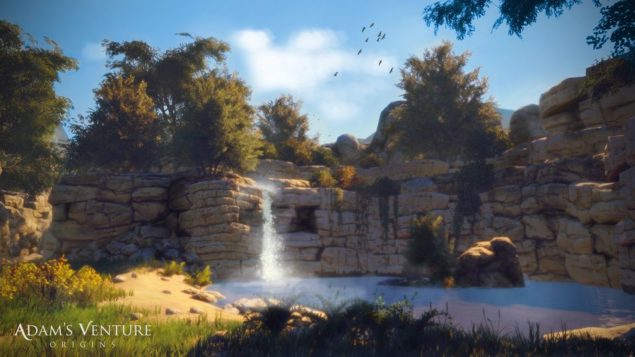 Remakes are old hat, remasters are out the window - now we're ready to start playing reimaginings. That's what Adam's Venture: Origins is marketing itself as, at least.

Today we got to see what a reimagining looks like, with a teaser video and a handful of screenshots released onto the web by developer Soedesco.

But apparently they were well received enough to warrant another bash on PlayStation 4, Xbox One and PC.

The story is being rewritten and the puzzles being remixed, so perhaps there's a chance to turn a mediocre adventure into something a little more memorable.

A splash of paint has gone a long way towards making it prettier to look at as well, although no amount of spring cleaning will get the constant bible school feeling out of the foundations.

The new game will include a new grappling hook tool, which implies this is being rebuilt from the ground up. Those that enjoyed the original ought to keep an eye out.

Adam's Venture: Origins will be coming to Xbox One, PlayStation 4 and PC at some point over the next few months.

*Oh, I see what they did there.