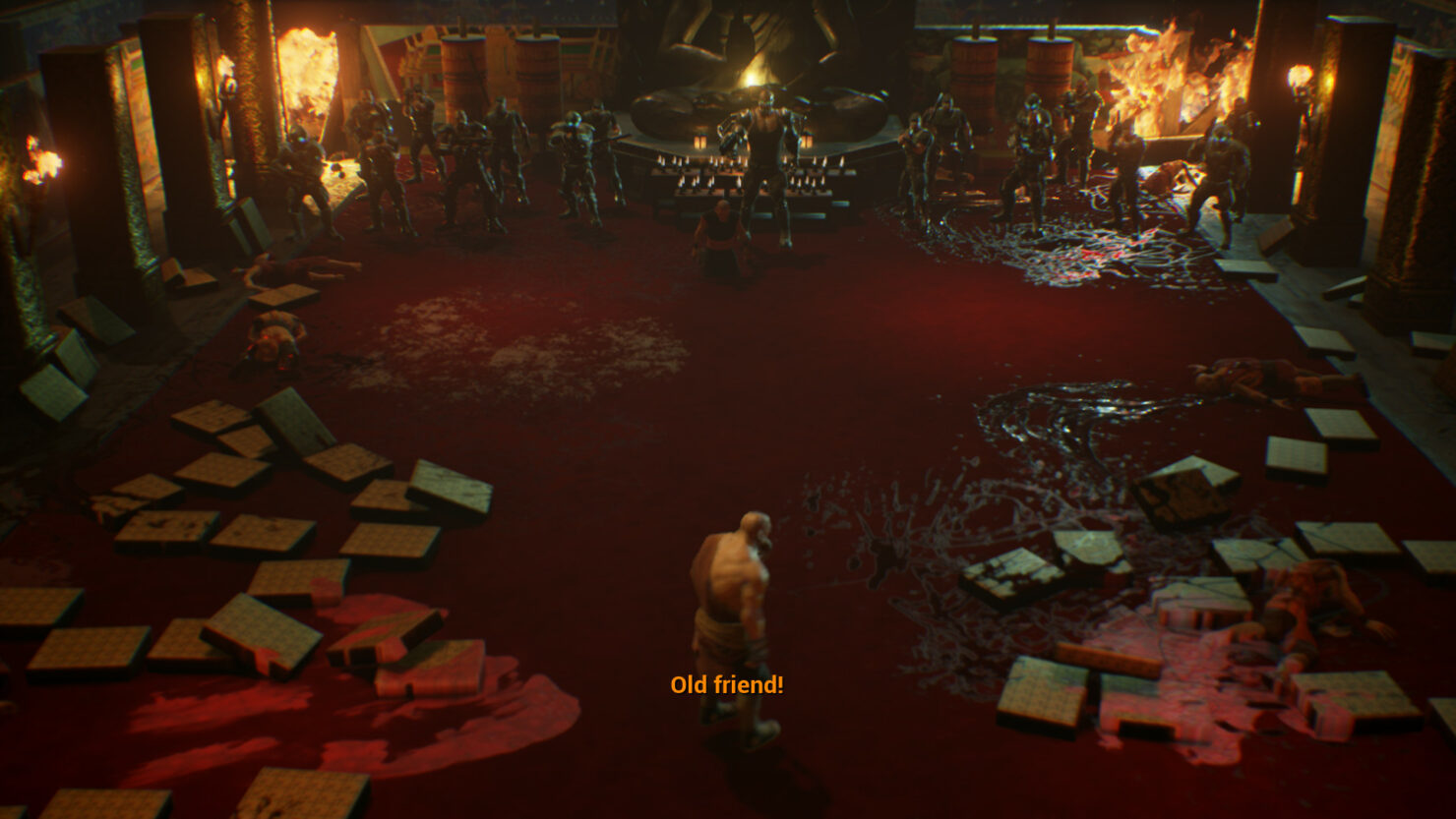 From August 1st, players will be able to take on the role of ex-mercenary Vasily as he deals with the shadowy forces he once worked with. A new trailer showcasing the game has also been released, and you can check it out below.

Redeemer promises to be quite an intense top-down action game, with some unique gameplay mechanics and an Arena Mode that will let players practice their skills by battling countless enemies.

Brutal Hand-to-Hand Combat: Use your mercenary skills to beat down your opponents using a collection of brutal fighting moves, combos, charge- and jump attacks.

Unique Kill System: Use three different types of kills to mercilessly eliminate enemies. Sneak around levels undetected to silently perform graceful stealth kills, or use the very environment to dispatch your opponents using environmental kills by smashing their skulls, impaling them and setting them ablaze in flames (many more options available). Utilize your combat prowess to beat down your opponents enough to enable you to perform savage execution kills that will have you reaching for the screen capture key.

Parry System: Defend yourself whilst taking down your enemies by utilizing a well-timed block. Learn the movements and attack patterns of different enemy types to perfect your parry and create a ballet of death for all of those unlucky enough to oppose you.

Disarm-or-Dismember System: Use a unique combat move to either disarm enemies of their fire arms, or dismember certain enemies at will and use their limbs as melee weapons.

Story Driven Single-Player: Discover Vasily's haunted past and experience a narrative journey of betrayal and redemption.
Arena Mode: Practice and test your fighting skills by battling countless enemies in a horde-like Arena Mode.

Redeemer launches on Steam and GOG on August 1st.