Acer announces its newest line of Predator Gaming PCs for release next year. The Acer Predator Orion 7000 is the first PC gaming rig utilizing Intel's newest 12th Gen Alder Lake CPUs. The initial release will see shipments sent to China, Europe, and the Middle East in the first quarter of 2022, while the United States will see the gaming PC in the second quarter.

The Acer Predator Orion 7000 is equipped with NVIDIA GeForce RTX 3080 and 3090 GPUs, which are not abnormal for the Predator line currently. However, the remainder of the newest gaming PC from Acer will utilize new advancements for the company. Acer plans to use up to 64GB of DDR5-4000 RAM along with being PCIe Gen 5.0 compatible. The company also plans to ship with up to two 1TB M.2 PCIe 4.0 NVMe SSD memory modules with a "hot-swappable" hard drive bay that will hold a 2.5-inch drive. 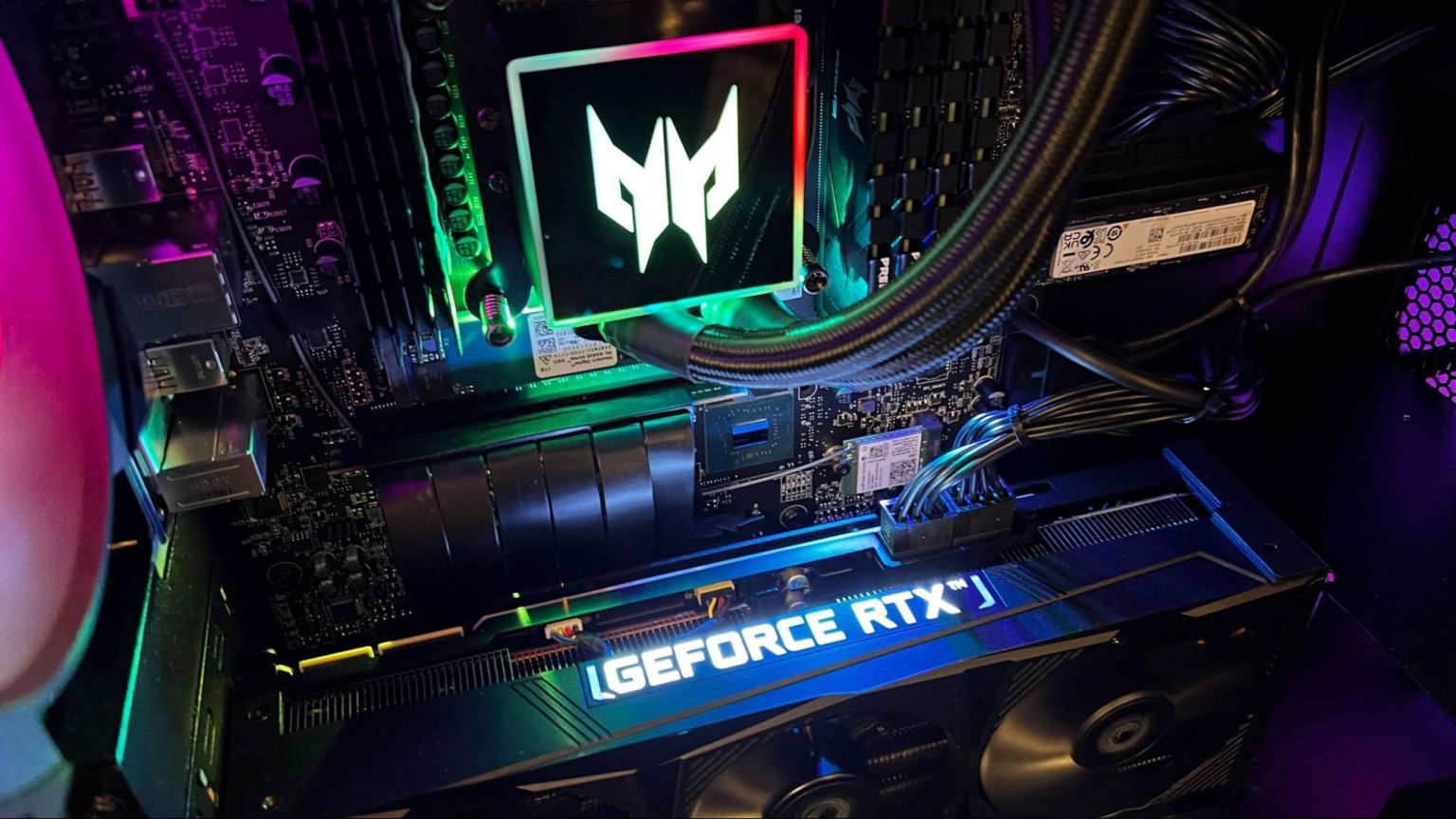 The Predator Orion 7000 will use Acer's in-house Predator FrostBlade 2.0 cooling fans, equipped with two 140 mm fans in the front and a single 120 mm in the back for heat exhaust. One of the displays during Acer's current product line event in the United Kingdom showcased a model that sported a 240 mm AIO at the top.

The chassis will be free of using any hardware that would require tools, optioning for a more accessible access to inside the gaming rig. The Predator Orion 7000 measures at 19.8 x 19 x 86 inches, and is decked in aRGB lighting from the motherboard, cooling fans, and the water cooling pump that will shine through the case's tempered glass panel located on the side.

The case will have one USB-C 3.2 Gen 1 port, three USB-A 3.2 Gen 1 ports, and two audio jacks located on the front. On the back of the case, there will be an additional three USB-A 3.2 Gen 2 ports, a single USB-C 3.2 Gen 2x2 port, two USB 2.0 ports and three more audio jacks for plenty of extra device connections. It is Microsoft Windows 11 ready as well.

There is no current MSRP for the United States, but it is planned to sell in parts of Europe for €2,199 and in areas of China for 20,000 renminbi.