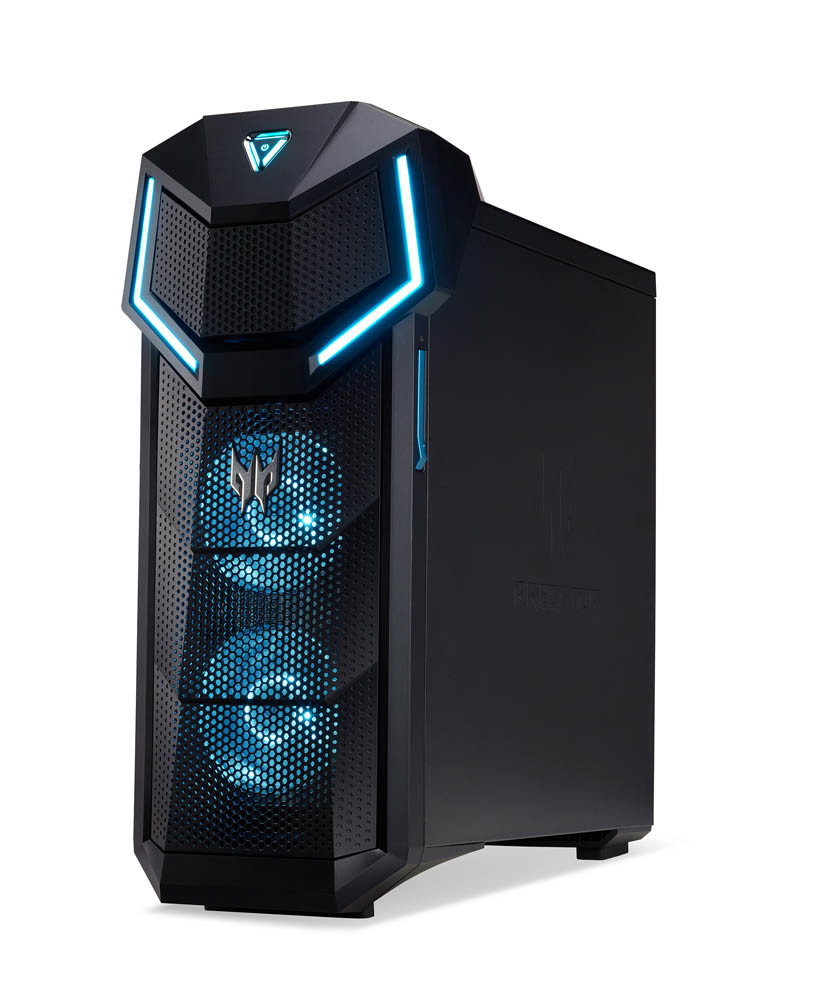 Acer today unveiled its new Predator Orion 5000 series gaming desktops, designed for gamers who require superior performance and an adaptable chassis for future expansion. The company also released the mid-range Predator Orion 3000 series gaming desktops, as well as an expanded collection of Predator accessories designed to support gamers as they tackle their mission of choice.

The new Predator Orion 5000 Series gaming desktops feature up to 8th Gen Intel Core i7+ 8700K processors paired with the latest Intel Z370 chipset, up to 32 GB of Intel Optane memory for fast load times and improved responsiveness, and up to 2-way NVIDIA GeForce GTX 1080 Ti GPUs in SLI so gamers can enjoy their favorite game titles at incredibly high screen resolutions, as well as premium VR experiences.

"Getting the specs right is just half the fight. Predator Orion desktops provide a well-rounded choice for gamers with a striking chassis, built-in airflow management, expandability, and award-winning software that brings everything together, we're excited to add the new 5000 and 3000 series to the Predator Orion family, and together with the top-of-the-line Predator Orion 9000, Acer is providing a full lineup of gaming desktops that cater to a wide range of needs." Jeff Lee, General Manager, Stationary Computing, IT Products Business, Acer.

The Predator Orion 5000's chassis has a transparent side panel to show off its powerful internals and is EMI-compliant to protect users and peripherals from potential electromagnetic interference. Easy-open side panels allows users to quickly swap out components and cables during upgrades. The IceTunnel 2.0 airflow management design segments the system into different thermal zones and provides each sector with its own airflow tunnel to expel heat. A front mesh panel with dust filters allows the Predator Orion 5000 to inhale massive amounts of air while filtering out annoying dust. Additional features for core gamers include Killer LAN high-speed Ethernet, cradles for audio headsets, a carry-handle for portability and Acer's signature Predator design for aggressive yet refined styling.

With up to 8th Gen Intel Core i7+ processors, and up to NVIDIA GeForce GTX 1080 GPUs, the VR- ready Predator Orion 3000 supports 4K gameplay as gamers take aim at opponents on the battlefield with crystal clarity. Like the 5000 series, the Predator Orion 3000 can be configured with up to 32 GB of Intel Optane memory to increase responsiveness and load times, and up to 64 GB DDR4-2666 RAM to support lightning fast action while playing the latest titles.