Flight Simulators seem to be a rare breed now, Combat Flight Simulators ever rarer. If I were put on the spot to name recent combat flight sims, I'd ask why you're doing this to me? Pressured to answer, I can only really think of the IL2 titles and Ace Combat. It's a shame because I've always enjoyed these sort of games. I've been playing Ace Combat for 23 years, having started back when it was called Air Combat. It's been seven years since the last true entry for the series was released, ten since the last numbered entry. The question, then, is Ace Combat 7 the return both the fans and series needs? 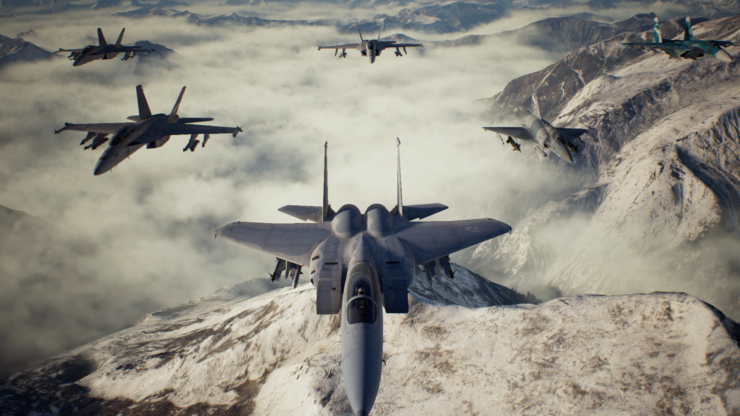 One of the main features of core Ace Combat titles has been the Strangereal setting, a fictional universe with mostly real-world aircraft and real-world infrastructure and buildings. Advanced, fictional, technology was also used for superweapons, such as the Sky Fortress in Air Combat and Stonehenge & Megalith in Ace Combat 4. It has always been a compelling blend of real and fake, with a host of fictional countries that bear at least a slight resemblance to those we can find in real life. The games have featured so much that the world has a fairly comprehensive timeline to it now.

The previous title sadly didn't take place in this world. Assault Horizon offered a real-world setting for the series and also included missions using helicopters and bombers, but it was missing some aspects that made Ace Combat great. The story and characters were nowhere near as compelling as core titles. Also, being based in the real world, it was limited in the extravagances that were allowed - the superweapon was effectively the FOAB (Father of All Bombs) with the ability to be carried by a fighter. It was a good game but was just missing that edge.

So this return to Strangereal, at least in my opinion, is a great thing for the series and fans. The mission I got to play from Ace Combat 7 placed you at the head of a penal unit. These are criminals, drafted into the war effort and essentially bait for the enemy. You're actively told that no elements of support are offered to you. You're just a decoy, meant to lure enemy attacks and highlight their positions.

The sense in giving criminals fighter jets is lost on me, but needs must, I imagine. Particularly when your country is at war and on the back foot, which is always the setting of an Ace Combat title. What helps to add flesh to the story are cutscenes that involve your character, their relatives, friends and partners - and squadron - who have always been well written and developed. They gave a level of investment into the world, in a genre that could reasonably struggle with such a feat. 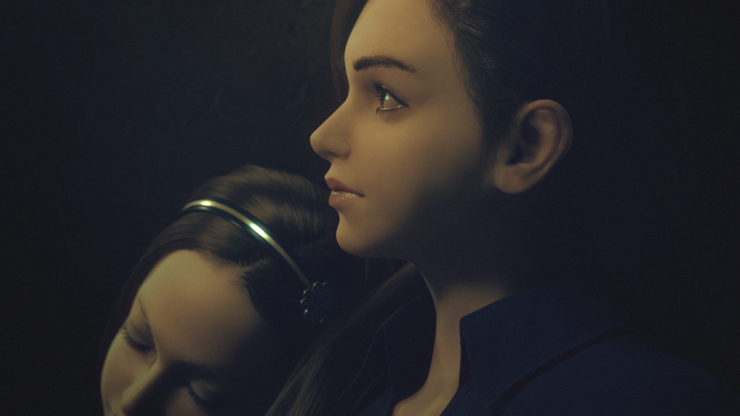 It's also a problem that could affect gameplay. Naturally, with a combat flight simulator, you're flying around, attacking and taking out targets, while trying to keep yourself alive. There's only so much you can do with this, but Ace Combat has always improvised and improved. Earlier titles would feature missions forcing you to fly in an enclosed valley - go above a certain altitude and you'd be shot down. You could also be forced into acting as an escort for a transport plane, tasked with reaching a target within a time limit. The problem was, some of these were just too restrictive.

Slowly this changed into giving you a host of targets and letting you choose your own path, as the rest of the fight went on around you. You would have to be smart with your decisions, such as supporting ground troops during an attack - offer no support and you could find the battle lost. In the mission I was able to play, the target was a desert air base, it's surrounding infrastructure and other targets within the area. Other targets ranged from supply aircraft that made a run for it when you started attacking, supply depots and ground units rearming there, amongst other things.

The mission came with the aforementioned level of freedom, with no real restrictions either. It was enjoyable listening to the chatter of your squad, questioning if you're even allowed to fire on the targets because the real army is going to come in and mop up. Naturally, you're going to go out there and take out what you can, you don't want to be just a target. The most interesting aspect of playing the game is making the decisions about how you'll combat the enemy. What path will you take that offers you the least chance of being shot down? Of course, you also have to keep a track of your ammunition, making sure you have enough to take down all of your core targets.

Of course, you also have to worry about enemies in the air, adding to the challenge. Dogfighting has, naturally, always been a staple of the series. It's also better than it's ever been before. Enemy AI is more intelligent, reacts better to you, although I still found it somewhat easy - likely as a result of a difficulty setting more than anything else. It was still just as engaging and fun as I remember other Ace Combat titles being. 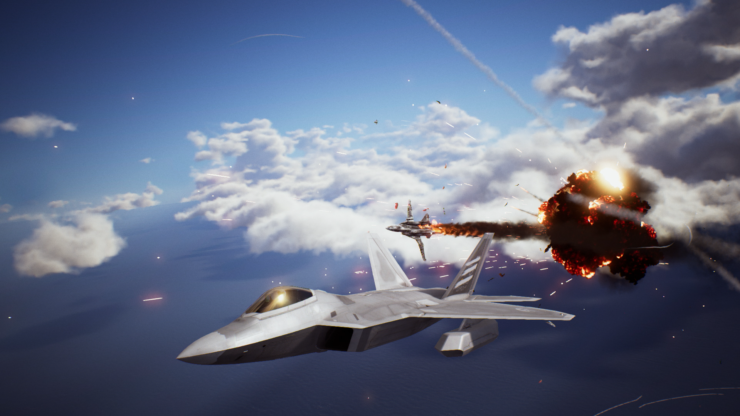 This time it looked and felt absolutely fantastic. It was perfectly responsive on the PS4 and the attention to detail is better than ever before. Particularly so, with one of the new key features of the game: Clouds. Clouds naturally play an important part in the air, acting as a cover for movement or causing turbulence. Indeed, air currents, clouds, and movements within the sky, even those that are invisible to the human eye, occur within the series for the very first time.

Sadly I didn't get to try out any of the VR missions that come with the game. What I do know is, going by a recent trailer, the VR mode looks just as good as the core game mode. As a result of these exclusive PSVR missions, it's one that will let me blow off the dust on my PS4.

Releasing on the 18th of January, 2019, for the PlayStation 4 and Xbox One, it's a must-buy game for a long-time fan of the series like me. It will also release on the PC the following month. Ace Combat 7 looks like it'll make a great introduction for newcomers. Keep an eye out for my interview with producer Kazutoki Kono, which will be live later today.