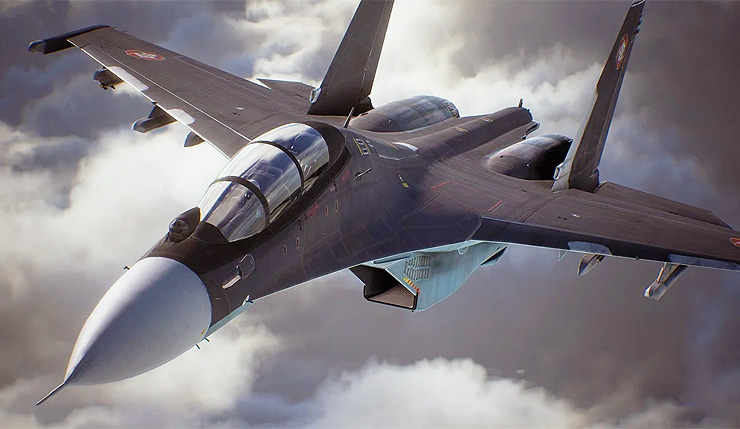 Ace Combat 7: Skies Unknown streaks onto shelves today, and the reviews are good, but how does the game hold up technically? The pixel-counters over at Digital Foundry have put the game through its paces on all platforms, and the results are a bit of a mixed bag. If you’ve got half-an-hour to spare, you can check out the full analysis for yourself, below.

Ace Combat 7 isn’t the game to go for if you’re looking for something to really show off your 4K TV. The game only runs at 720p on the Xbox One S and 972p on the base PS4. Even the souped-up Xbox One X and PS4 Pro don’t get 4K – both versions only run at 1080p, which is a touch disappointing. Of course, the PC version will do 4K if you have the graphics card, although ultra-wide support is out.

In terms of performance, the PS4 Pro is, somewhat surprisingly, your best console bet, as it the game runs at a mostly-locked 60fps, with only occasional dips into the mid-50fps range. That said, make sure you turn off your PS4 after playing Ace Combat 7 – oddly, Digital Foundry found putting your console into sleep mode can impact the game’s framerate. The Xbox One X suffers more frequent juddering, with the framerate often dropping to around 50fps. Meanwhile, the base PS4 can drop into the 40s and the Xbox One S can plunge as low as 30fps. No version of the game is unplayable, but the Xbox One S bouncing around between 60 and 30fps results in some fairly serious fluidity issues.

“It’s been over a decade since players last soared through the skies over Strangereal and the wait has been more than worth it. Ace Combat 7: Skies Unknown is not only one of the best campaigns to be released for the aerial simulator series, but also some of the most fun I’ve had in multiplayer in quite some time. Whether planning to fight in a squadron of fellow jokers or flying solo, Ace Combat 7: Skies Unknown is definitely worth playing.”

Ace Combat 7: Skies Unknown is available now on PC, Xbox One, and PS4.