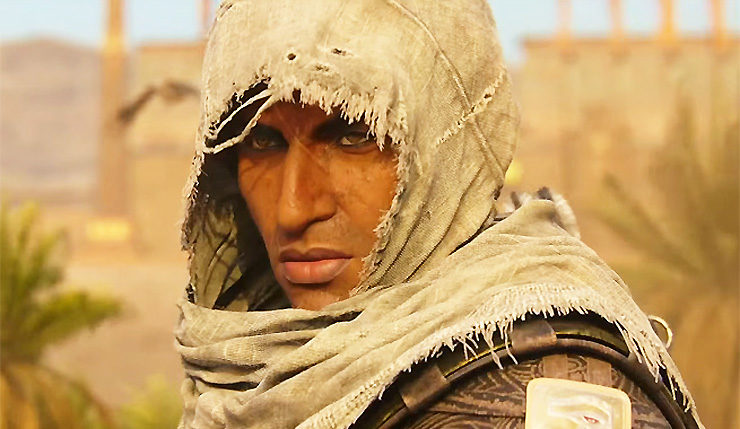 Assassin's Creed Origins patch 1.1.0 is being deployed today which adds HDR support for PC, adds the new ‘Nightmare’ difficulty, increases the texture and terrain memory budget on Xbox One X, and much more.

On both Xbox One and PS4, the update weighs in at roughly 3GB while the size of the PC patch has yet to be confirmed. Aside from HDR support on PC and the Nightmare difficulty mode, the patch also adds a new horde mode to the arena alongside a new NPC scaling option.

Furthermore, the 1.1.0 patch improves general game stability, offers numerous fixes, and appears to improve the usage of memory on the Xbox One X to allow for more usage of higher resolution textures and reduce terrain popping when rotating the camera.

We’ve included the full release notes for the AC Origins Patch 1.1.0 down below:

Please note: Enemy levels will only scale up to player level, they will not scale down

o    Capped the number of Trinkets and Animal Goods to 999

o    Improved the view distance of the Siwa temple

o    Improved the level of details of the Hemon Mastaba location

o    Fixed an issue which prevented music from playing again in the quest “Aya: Blade of the Goddess”

o    Fixed multiple out of place audio lines in the Arena

o    [Xbox One] Fixed some trees not using high-resolution texture

o    [PC] Fixed an issue with the Reset graphic option

o    Fixed various issues with the level of details of world objects, NPCs, and vehicles

o    Fixed an issue where Senu could pass through the world

o    Fixed various issues with the spawning of NPCs

o    Increased the number of Drachmas rewarded by Hippodrome tournaments

o    Added an “Uncompleted Locations” filter to the World Map

o    Added a “friends-only” pictures filter to the World Map

Assassin’s Creed Origins patch 1.1.0 is available now for Xbox One, PlayStation 4, and PC. If you’re interested in our very own review, check it out here.