Last November, Apple purchased the Israeli 3D Sensor company, PrimeSense. The deal was reported to have cost the Cupertino based company a sweet $ 360 million. Of course, these reports are based on speculations, given Apple's secrecy surrounding these matters. The official statement from the company was the same as usual. For those curious, an Apple spokesperson told TechCrunch.com "Apple buys smaller technology companies from time to time, and we generally do not discuss our purpose or plans". As to why Apple purchased PrimeSense in the first place, we can only take guesses. PrimeSense was behind Microsoft's Kinect sensor for the Xbox, and worked very closely with the company. In fact, PrimeSense's sensors worked so good that they can monitor your very heartbeat as you sit down. The possibilities of this were of course diverse. PrimeSense could not only help the Cupertino giant with Apple TV, but also take Siri to the next level. Through PrimeSense's technology, Siri could very well 'see' what you're doing as well, apart from only hearing your commands. 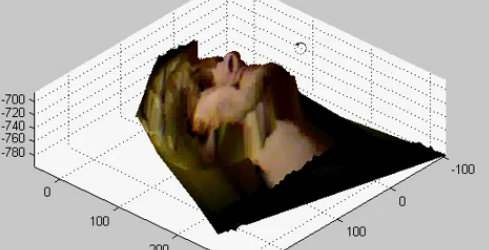 itSeez3D app In App Store Can Now Facilitate 3D Capture Of Structures Or Objects On iPad.

The iPad app itSeez3D available in the app store for free is based on similar technology as developed by PrimeSense. According to the information provided in the description section of the app, it "...is a mobile 3D scanner that allows your iPad, with the Occipital’s Structure Sensor, to capture color and structure information of the world and process them into realistic 3D models. Use it to scan your family and friends as well as things you would like to copy in 3D, e.g., toys, shoes etc."

itSeez3D uses a structure sensor connected to the iPad to obtain a 3D object or a body, complete with colors. The app then uploads the data captured to the cloud. Once there, the data is processed within minutes, delivering a complete 3D model within minutes, according to the company. According to iSeez, "In the past, this requires expensive 3D scanning equipment present, any user with the iPad and Structure Sensor can obtain and share high-resolution 3D models amateur users can also use professional-grade technology, home design projects.. "

To work, the app requires an iPad structure sensor. The Structure Sensor is prices at $ 499 and the package consists of a Skanect Pro sensor with an iPad attachment bracket and a hacker cable. The Skanect Pro is, of course based on technology developed by PrimeSense. This ends up almost completing the picture of Apple's acquisition of the Israeli company, which was also a partner with Microsoft in it's Project Natal, and subsequently the Kinect Sensors. Below are a couple of screenshots from the itSeez3D app.