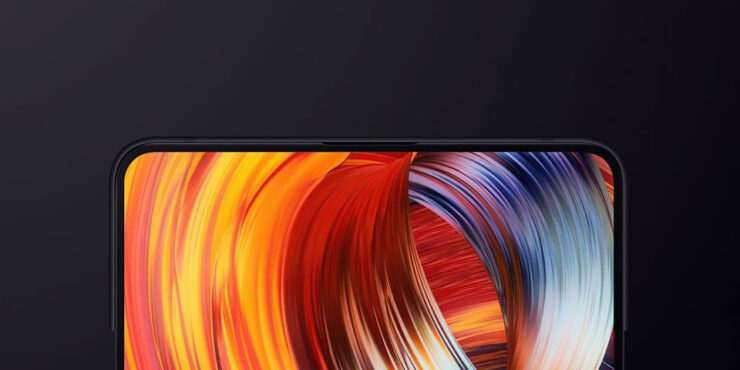 As we head towards the Mix 2s' launch, Xiaomi is posting a lot of teasers. One of these which was posted yesterday, suggests an important upgrade on the Mix 2. The Chinese manufacturer posted a bokeh-ish image on its Weibo yesterday, asking users to decipher whether the Mix 2s will achieve the effect through AI or through hardware. Well now, we've got a live image for the Mix 2s, which shows little upgrades over September's smartphone from Xiaomi, form wise. Take a look below for the details.

If any company wants to make it in the flagship smartphone market, the guidelines are simple on paper. Make sure that your gadget delivers or follows current market trends in a few specific areas. An OLED display, a dual camera, minimum bezels and top-tier hardware specifications. Last year, a major upgrade across the market came in the form of edge to edge displays. Every smartphone had one, with Xiaomi in the lead. Its Mi Mix was one of the first gadgets with a bezel free front, despite using a LCD panel.

Its successor, the Mix 2 delivered spectacularly in aesthetics. It's a very sleek smartphone, which stands on its own two feet when compared against the giants. However, while we can forgive Xiaomi for equipping the smartphone with a LCD panel; the Mix 2's rear camera performance is not in the same ballpark as high-end smartphones. Now, Xiaomi's quick upgrade for the year 2018 will make sure this does not remain as the case. 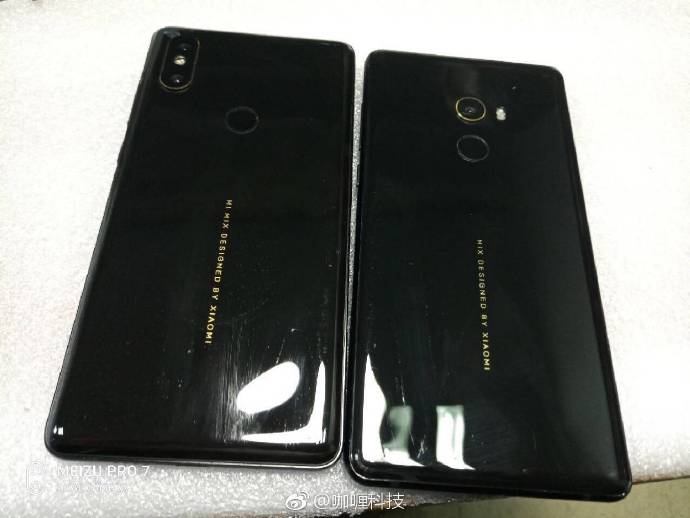 Today we've got an alleged Mix 2s image, which just might represent the real deal. Despite its overall look and feel redeeming it, the Mix 2 lacks in one very important area, which also highlights the difference between different design disciplines. The Mix 2 is a very slippery smartphone, and now, looks like the Mix 2s will follow its predecessor in the department. The image on the left features a similar ceramic build, indicating that once again, you will need a case with the smartphone.

Xiaomi's decision to shift the dual camera setup to the top left corner also breaks away the continuity present on the Mix 2. Now, the fingerprint sensor stands on its own, clearly visible due to its gold border. For the hardware, Xiaomi's upcoming Mix 2s will feature the Snapdragon 845 and at least 6GB RAM. It will mark a small but important step for the company, as it slowly builds the lineup to flagship level specifications. Thoughts? Let us know what you think in the comments section below and stay tuned. We'll keep you updated on the latest.

Relevant: Get Xiaomi Mi Mix 2 for $469.99 with code MGmix2 for limited time only