1TB PS4 Makes Its Way Through The FCC, Does This Mean It’s Coming Soon?

Watching the public documents from the FCC is always a good indicator of technology to come. Sometimes being cleared doesn't mean it's being sold, however, so take this with a good serving of sodium. 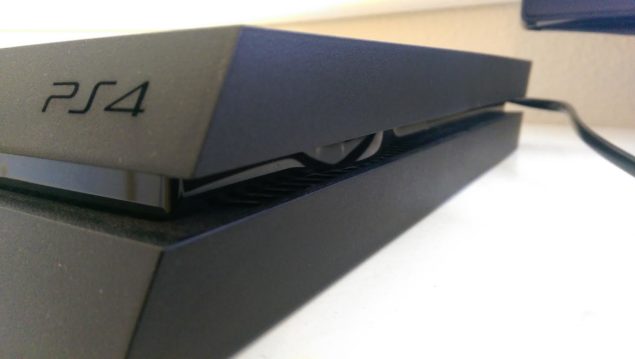 A 1TB version of the PS4 could possibly be coming our way very soon. It's already passed through the FCC at any rate.

A PS4 with a new model number has passed through the FCC yesterday. CUH-1215A and CUH-1215B have both passed through the FCC, with the latter carrying the 1TB HDD within. For reference, the original model number is CUH-1115, so the small numbering change might indicate simply a small evolution, or perhaps it might indicate nothing at all, though that's unlikely because then they wouldn't need new FCC certification.

Some interesting, though small, changes are contained in the FCC documentation. First the power consumption has been lowered from 250W to 230W. The power draw also means the change in amps needed has dropped to a range of 2.3-.0.95A instead of the 2.5-1.15A of the previous models. Another change is the weight, coming down from a svelte 2.8Kg to an even more lean 2.5Kg.

All of this indicates that perhaps AMD is using a more mature process node that leaks less voltage, making it more efficient. The change in weight can probably be attributed to a change in material design. It's quite possible that Sony has gone for cheaper materials, resulting in a losing a bit of weight. I don't think the case material has been changed to carbon fiber, or carbon nano-tube infused plastics. That change isn't insignificant either, though, so perhaps a redesigned interior can help further explain things.

For those that are curious, the first two numbers in the model number are iterative and indicate changes of some kind. The last two numbers are tied to the region in which its sold, so 15 is the North American number.

Of course you can change out the HDD on your PS4 yourself and not affect the warranty, but it's nice to see Sony is stepping up and offering a more natural solution for everyone else not willing to pull apart their PS4. It's easy, though. Now they just need to have models with SSD's already installed!