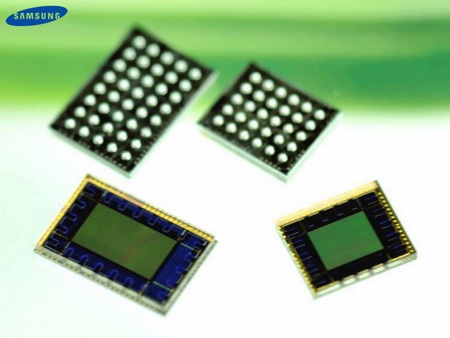 Samsung has announced its new S5K2P1 chip that will bring 16MP snaps to smartphones soon. The chip is 1/2.3-inch affair and capable of taking 16MP pics at 30FPS and recording at a resolution of 8.3 MP at 60FPS. The chip seems quite impressive and should drastically improve the sort of images you can get from your cell. Already smartphones are substituting proper cameras for many people due to their multi-purpose functionality, the only problem being smartphones sensors aren't powerful enough since most high end phones incorporate a 5MP or MP sensor (such as the Galaxy S2 or iPhone 4) and the quality is never as good as a stand alone camera. Granted this chip still won't be as powerful as  a proper camera, but when you have a 16MP camera in your pocket that's a cell phone, an ipod and a mini computer who cares? Lets hope the rumored highly impressive Galaxy S3 comes packing one of these.