More than a decade ago two dimensional materials seemed like an impossible thing according to scientists but then again nothing is truly impossible is it. A lattice material graphene was discovered by the team working in UK which was just one atom thick, the discovery of this material changed everything. After research it can now be concluded that 2D solids can exist even though it is believed that such a thin membrane as that present in such materials would never be able to hold in a liquid state. Simulation has been done by physicists in order to envisage the new phase of this matter, a 2D liquid which is one-atom thick. 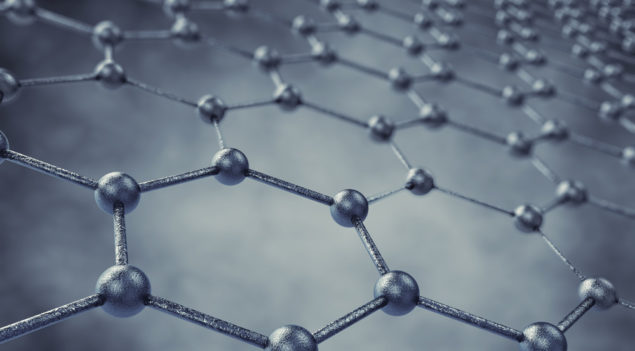 One of the many advantages of graphene, it truly is a wonder material

According to the research it was proven that it could exist when liquid gold could stretch out from the tiny pores of graphene. Imagine the texture like a soap on a concrete bubble blower.

"Here the role of graphene is similar to circular rings through which children blow soap bubbles," Pekka Koskinen from the University of Jyväskylä in Finland , a lead researcher told the press. "The liquid state is possible when the edge of graphene pore stretches the metallic membrane and keeps it steady."

According to press release whenever the gold atoms alter their positions the graphene in the surroundings "retains the planarity of the liquid membrane". It was significantly noticed that calculations predict that the matter can exist in different phases but it is not yet confirmed and experimented. It could be entirely different to what we think about materials because it can raise a question that how such a flat liquid can exist? In order to become 2D the liquid material should expand rapidly before the membrane bursts due to large fluctuations. There is a necessity to have a solid pattern which needs to become constant at high temperatures as well.

It is forecasted by computer simulations that through the tiny hexagonal pores the mixture of graphene and liquid gold comes out and in theory it holds a two-dimensional liquid material. The results were published in Nanoscale journal which mentioned that flat liquid is only present in a computer model, for the confirmation the UK team has to produce the material experimentally.

"Unfortunately, simulations suggest that the flat liquid is volatile," says Koskinen. "In experiments the liquid membrane might burst too early, like a soap bubble that bursts before one gets a proper look at it." Further she added "But again, even graphene was previously considered too unstable to exist".