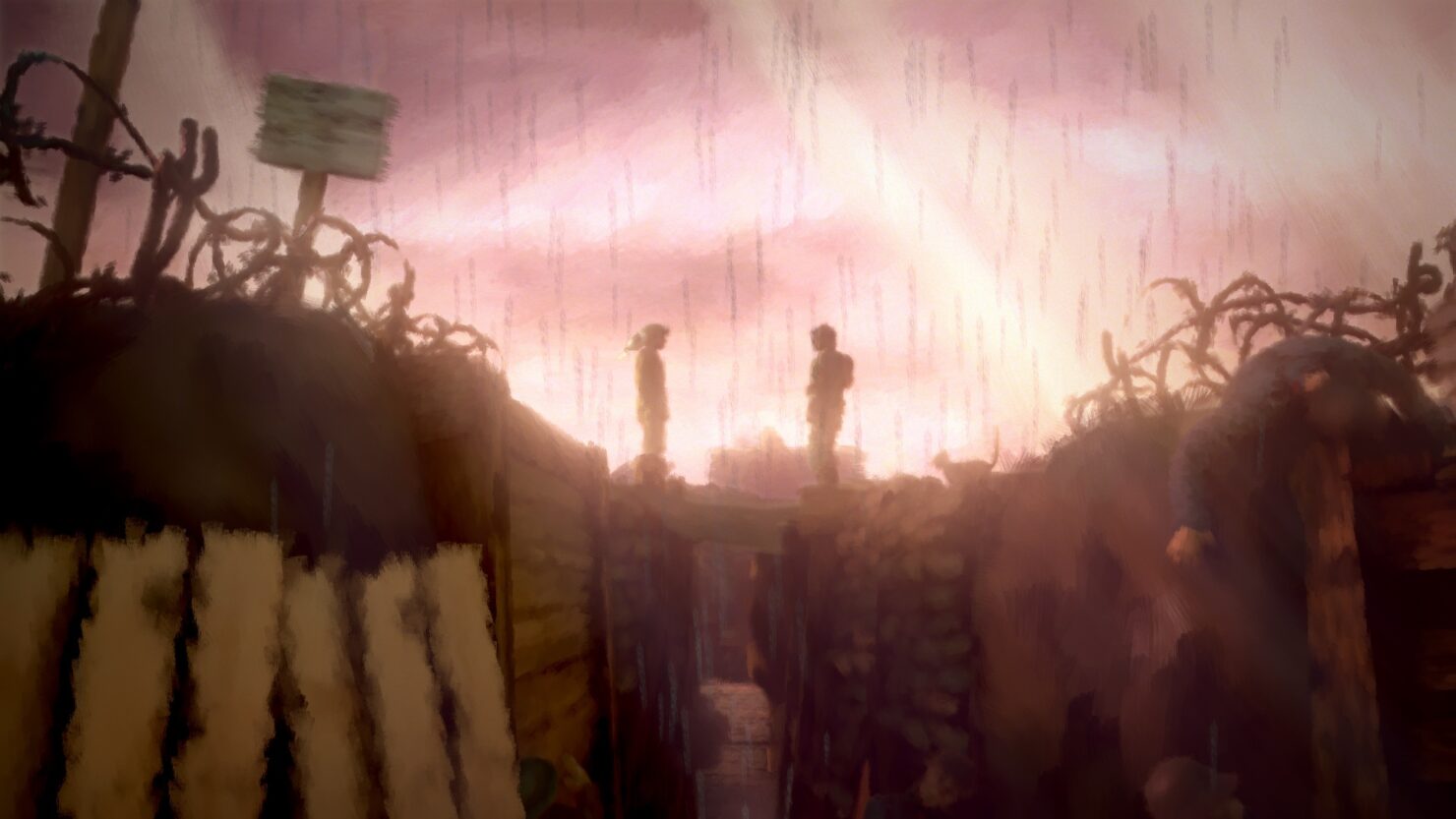 Following the crossing paths of a Canadian photographer and German Technician (voiced by Elijah Wood and Sebastian Koch), 11-11: Memories Retold takes us to the Western Front in the midst of the First World War. However, this isn’t your average, dreary depiction of a soldier’s time in the trenches. Developed by Aardman and DigixArt, 11-11 brings a splash of blurry colour to a greatly faded piece of history, while focusing on the stories of ground-level individuals.

Despite only lasting around twenty minutes, the demo flashed between Harry (photographer) and Kurt (technician) a number of times. It even gave me the opportunity to briefly play as a cat. Starting in Toronto, Canada, I saw a glimpse of Harry’s life as an underappreciated photographer. Whisked away by a boisterous Major, Harry then finds himself ducking and diving through the trenches along the Western Front, narrowly missing enemy fire all too often. Playing as Harry, I was encouraged to take photos and interact with various items. While he is not officially a soldier, Harry is forced to charge right onto the front lines, rendering many of his portions of the demo quite tense. Kurt’s story also begins away from the horrors of the battlefield, in a Zeppelin Factory in Germany. After fixing a broken radio, Kurt is informed that his son’s unit has been lost in action and is now presumed dead. Upon learning this information, Kurt then makes the decision to enlist and head to the battlefield in search of his son.

If the subject matter of 11-11 Memories Retold isn’t enough to pique your interest then this game’s art style just might. Every scene in 11-11 looks like a moving, blurry oil painting. While I’m not exactly a fan of this art style, when combined with the game’s soundtrack, it certainly sets the perfect tone for a WW1 tale. From what I’ve seen so far, 11-11 is split into multiple segments, jumping between the two characters before their paths inevitably cross later on in the game. The demo had me play through a scene as Harry before having me play through another scene as Kurt, informing me that both scenes were actually playing out at exactly the same time. From what I can tell, the majority of the story should unfold in 1917, when Harry and Kurt finally meet. The publisher has already stated that “at 11am, on the 11th Day of the 11th Month of the year 1918, two men will face the biggest decision of their lives...”, seeing as this exact time also marks Armistice Day, and we already know Harry and Kurt are on separate sides, I think it's fair to say that we should prepare ourselves for some upcoming emotional material. 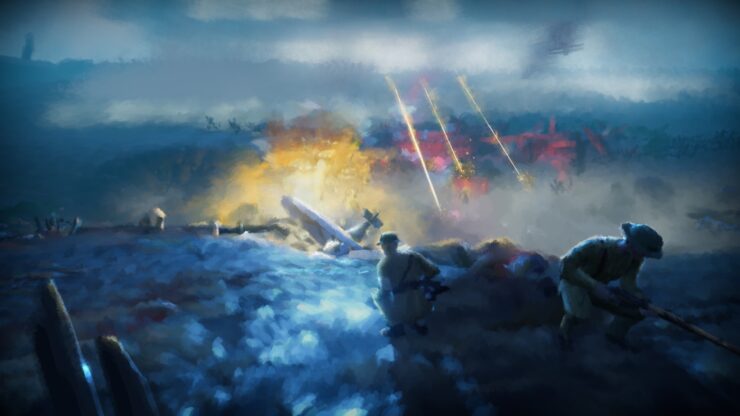 Players should expect to see frequent cutscenes as more of the story is revealed, however, the developer appears to have balanced these scenes reasonably well by including a number of interactive portions to keep us occupied. Fetching important items like water and ammunition for other soldiers in the trenches as Kurt, and snapping photos as Harry as the war rages on around each of them punctuated the demo with a sense of urgency. That said, players will be able to take as long as they need to complete a task as these do not appear to be time sensitive. Upon completing a task, subsequent events unfold pretty quickly, which levels out the game’s pacing. As I mentioned earlier, I also played as a cat for a short period of time, which brought even more variety to my playthrough. I certainly didn’t expect to spend time chasing a pesky bird through the underground tunnels leading to Harry and Kurt, but it was interesting to explore the area from a third angle. I’m hoping that I’ll spend more time playing as a cat when the full game releases in a couple months time.

So far, 11-11: Memories Retold has succeeded in bringing an emotional, human touch to a subject as inhumane as war. While the game ran reasonably well on a PlayStation 4 Pro, certain objects appeared to flicker when characters passed them. Due to the blurry art style, it was difficult to make out whether this was intentional at points. I’m eager to explore how Harry and Kurt’s interactions pan out - no doubt these will be quite complicated. With the game also releasing just a few days before November 11th, this story will strongly appeal to those interested in wartime stories. 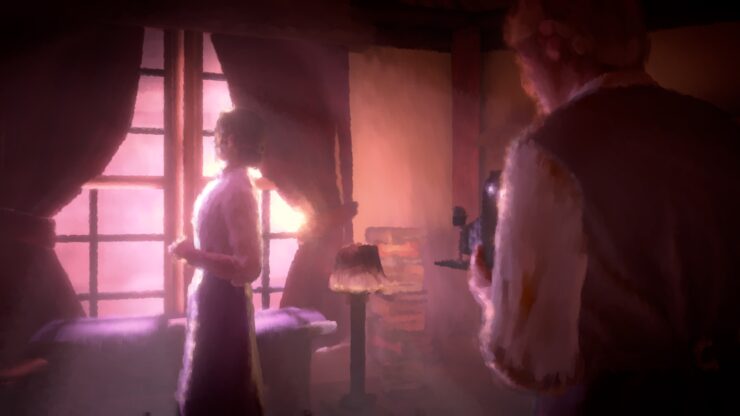 11-11: Memories Retold will launch on November 9 for PC, PlayStation 4 and Xbox One.