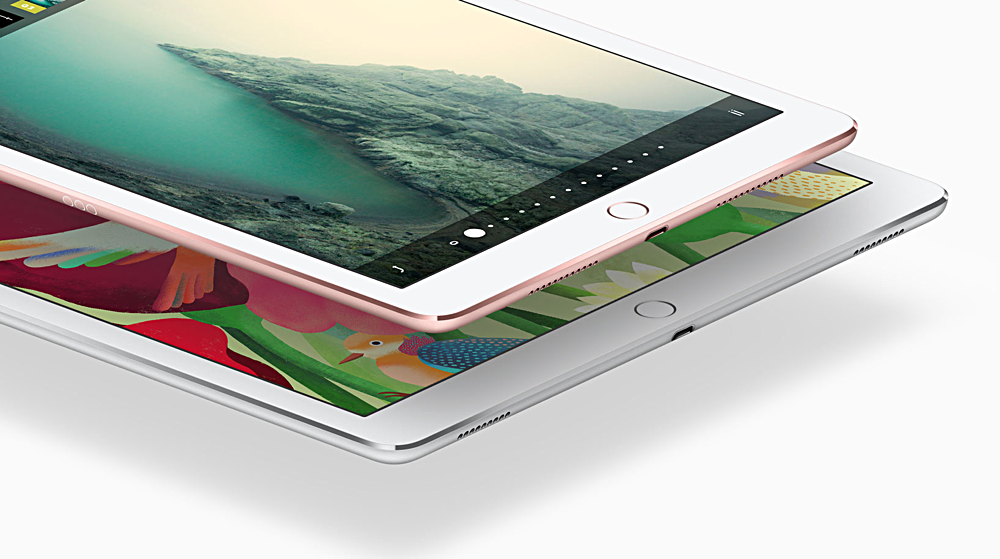 According to a research note, Apple is set to release three new iPad models in March 2017, including one with a 10.9-inch bezel-less display.

Apple did not update its iPad lineup this year, probably because it believes the current offering is more than adequate for a slightly longer run. However, according to a research note from Barclays Research analysts 'Blayne Curtis, Christopher Hemmelgarn, Thomas O'Malley, and Jerry Zhang' Apple is set to upgrade its tablet lineup in March of 2017. The analysts cite supply chain sources for their prediction.

According to the analysts, Apple will be introducing a new iPad model with a 10.9-inch display, which will carry the same dimensions of current 9.7-inch iPad Pro. Interestingly, this means the device won't feature any sort of bezel around the display, while at the same time, signaling towards the fact that the Home button is on its way out as well. So a larger display on an already small body? It sounds too good to be true right now.

The 12.9-inch iPad Pro is set to receive big upgrades, such as an improved 12-megapixel camera from its little 9.7-inch sibling as well as a True Tone display. Furthermore, it's believed that the 9.7-inch iPad Pro will carry a lower price tag and will sell alongside the iPad mini 4. Speaking of which, the smallest tablet from Apple won't be receiving any upgrade this year. So for those who who were anxious to get an upgrade might want to follow this piece of news more carefully.

Lastly, it's believed that the new iPads will feature four microphones and will retain the headphone jack. This is a rather strange move given how Apple slashed the audio port from its smartphone lineup but is planning to keep it in its notebook, and now, it's tablet lineup. There is a possibility the headphone jack part might not be entirely accurate. But we will know for sure as we move closer to the tentative release date of new iPad tablets.

We will keep our readers updated regarding this news. After all, the very thought of a 10.9-inch bezel-less iPad gives us clues to where Apple might be taking its mobile devices. Furthermore, there is a possibility the Home button will make a complete exit from the lineup, given today's report is indeed true.

Take things with a pinch of salt, please.