Ever wanted to visit NASA? Well, just come up with an invention that offers a simple solution to day to day problems. Don’t know what I am talking about? Here it goes.

A 10-year-old Australian girl just won a trip to NASA after she invented a simple and a very easy to use bandage dispenser while she went through her chemotherapy. Bridgette Veneris is a resident of Melbourne and she won the prestigious ‘littleBIG idea’ competition with a simple design for a bandage dispenser that no one ever thought of before. This invention makes it incredibly easy to unpeel sticky bandages and for this, the little girl became Australia’s best young inventor.

In an interview she told ABC News, "It makes me feel amazing, I never thought I could win the prize.” She came up with this incredible idea when she was diagnosed with leukemia last year. She went through 18 months of chemotherapy and she realized that her nurses and parents struggled a lot to unwrap simple adhesive bandages. Let’s toast her perception skills because who notices these things when you are undergoing chemotherapy? She chose to do something about this problem and came up with a new sterile system that allowed bandages to roll out like some high-tech sticky tape dispenser or tape measure. After lots and lots of experimentation with designs, she came with a prototype that was both simple yet exciting. She displayed the prototype at the littleBIG idea competition: 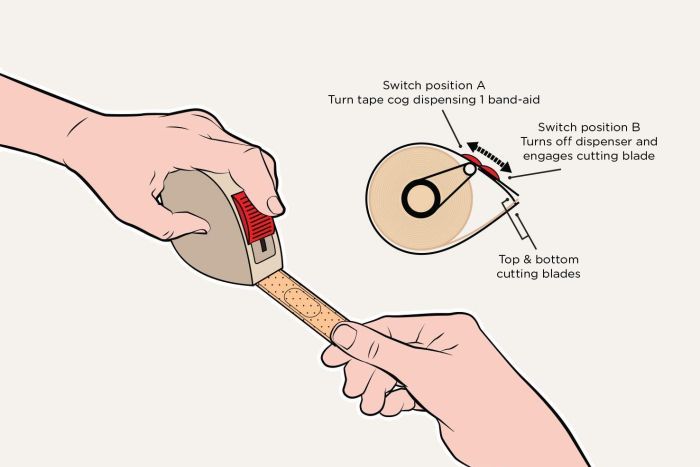 According to Veneris, "The casing can close completely to make sure no dirt gets into the casing and it keeps the Band-Aids completely sterile. I thought, if no-one is going to do something about it, then this problem is just going to go on forever." The best part is yet to come. The invention is certainly very easy to use, it is pretty handy and sterile and it is even better for the environment. How? Well, we are definitely less likely to waste less tape with this device in hand, right? As part of her prize Veneris will visit NASA for a tour around the facilities and will also get to work with some of the greatest minds out there. What a great experience at such a young age.

Hopefully a tour of NASA will motivate the young inventor to continue with her inventions and come up with more ideas on simple issues which nobody looks into.