10 Best Apps for Nexus One

I had been running 7 Best Apps for Nexus One series for the last 2 months but this month I decided to make it 10 Best Apps as there are so many to choose from. These apps are installed and tested on Nexus One myself and are guaranteed to work perfectly, making your life easier. So here's the 10 Best Apps list for Nexus One: 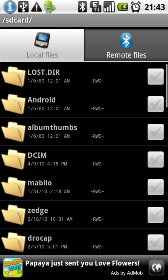 This is a very handy app and for those who thought that N1 cannot transfer file via bluetooth, think again. This is a very easy to use app with almost no configuration required. It pairs with any device with ease and file transfer is very swift too. The only downside I saw was the frequency of updates to the app. Although it shows the dedication of the developers to improve the application but update notifications annoy me at least. 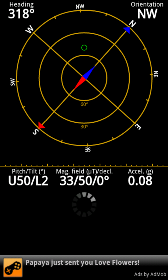 This is one app I really love to use while being on the road. It helps me stay within speed limits when driving on the motorway or express way road on long trips. Moreover, the accuracy of the GPS is over 95% which means that it would at times give you a pin point coordinates of your locality. It also has long-lat plus altitude meter to provide readings about how high you actually are from sea level in a particular area. 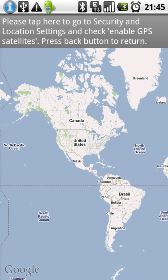 This is in addition to GPS Status is more functional app for those who like to go hiking or cycling but would also like to retain the data of their trips, for example, the time duration, speed, distance, etc and map them on an actual Google map for either reviewing later or sharing with their friends. This one is a very detailed application which can not only be synced with Google maps but can also be exported to Google Docs. A must have tool for the adventurous people. 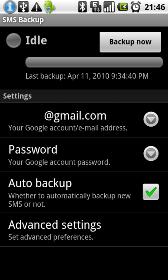 By far the best app ever for Nexus One. Now you don't have to worry about your messages being deleted as they will never be deleted even if you delete then from your phone. SMS Backup copies and stores all your text messages in your Google email inbox in a folder called SMS. This app is so handy that once configured, it automatically works in the background and backs up all your messages, sent or received as soon as they are done. The only downside I say was that this app stores all messages by the number and not by the name. Maybe for me it is because I don't use my Google contact book but use Mail for Exchange for contacts sync. Anyway, this is one app which should be made default by Google in next update to Nexus One. 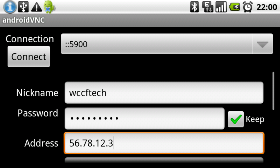 This is an excellent application for remotely connecting to your home or network computer over Internet using VNC. It is as easy as using any other VNC application on your PC. The best part about this app is that you can also remotely control the keyboard and mouse of the other computer. Neat Isn't is 🙂 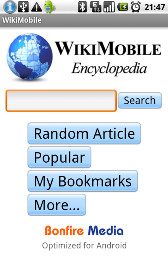 For all the Internet user who are really into referring to Wikipedia for everything they search on the Internet, this can be their best friend on the go. Although the interface is not something to be excited about but the utility of this app is beyond any superficial image. 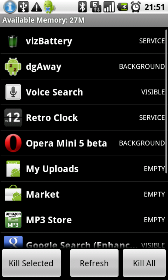 I know I did mention about Advance Task Manager in my first list but this is one notch better than the ATM. ES Task Manager not only lets you know about the running applications but it also tells you about which application is using how much resources and whether it is in the foreground or background. Moreover, it also lets you uninstall the applications which you might not like and are taking way more resources than you would want it to. A very handy and useful task manager. 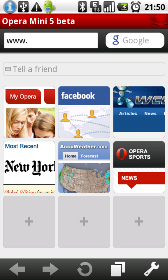 Opera has been really quick in releasing the mobile browser, which is calls "World's Fastest Browser". It is as good and somewhat better than the one I used on my E71. The tabbed browsing, main page shortcut icons, and swift response is what I really like about this browser. However, the downside which I saw was that at times it does not pinch zoom the images, but in no way that is a show stopper. A recommended replacement for stock Nexus One Browser. 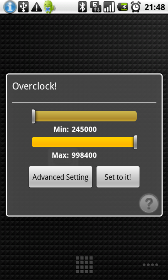 This app requires a rooted Nexus One but it sure is something you would want to play with. For those who wish to curtail on the battery life can down-clock their Nexus One and for those who would want to see some extra juice from their device can over clock it. The configuration and ease of use gives this widget full marks but then again, use it at you own risk [for me it was sweet]. 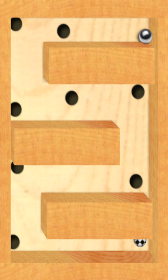 This is a fully functional 3D game from N1 devices which takes advantage of the 3D capabilities of the phone. It has some sweet graphics and the game itself responds flawlessly to the movement of the handset. Try it as you will not get past the first level. Btw, it is a paid app so if you like it, don't forget to buy it.

So this wraps up my third edition of Best Apps for Nexus One. Next up I will try to teach you or rather give you information about how to take screenshots from your Nexus One and a tutorial about what is "root" and how Nexus One is rooted.