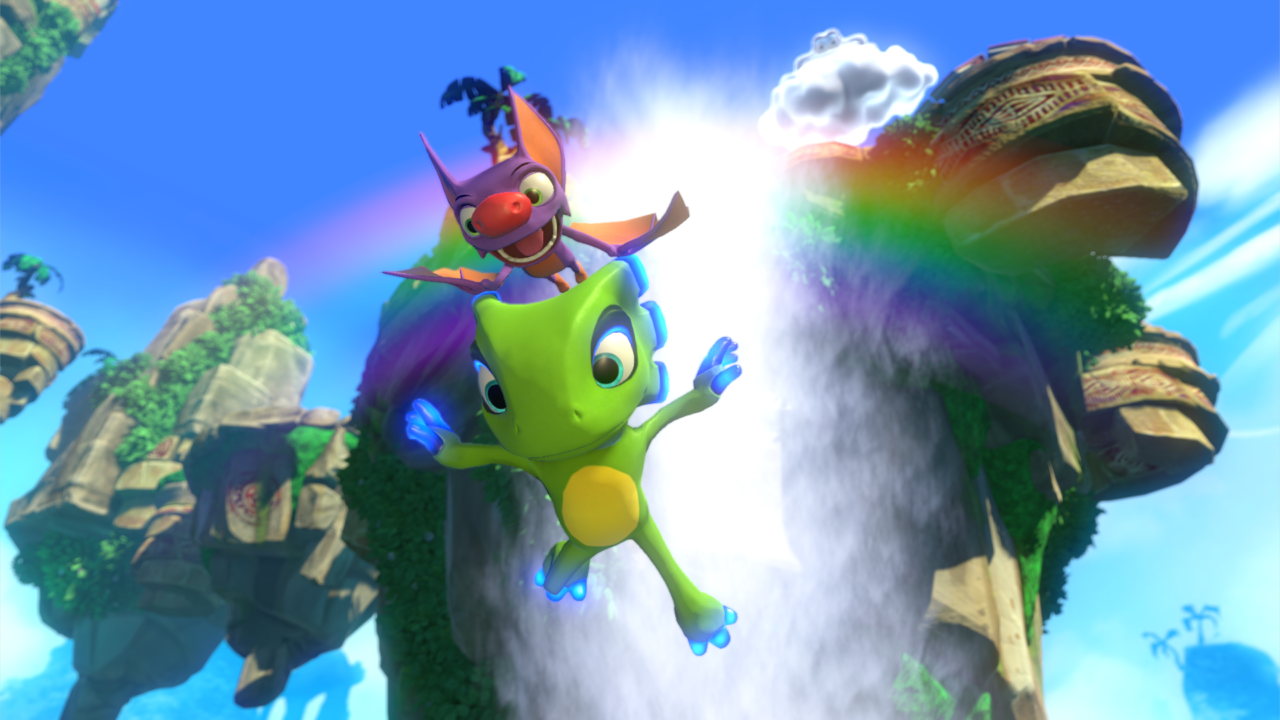 Despite a slight delay, Yooka-Laylee is still coming soon to the houses of platform game fans worldwide. Developer Playtonic Games, formed by several key members of Rare, had the chance to showcase the game to the public at EGX this weekend.

To celebrate this occasion, they've released a new trailer dedicated to supporting characters in Yooka-Laylee. Without a doubt, the most peculiar addition is Shovel Knight, which will be in the game thanks to a partnership with fellow British studio Team 17.

Here's a detailed overview of the remaining characters seen in the video.

Capital B - Cunning bizzness executive Capital B is the CEO of diabolical corporation Hivory towers, which has recently joined forces with ingenious tech firm Quack Corp. Together, they’re about to launch their most devious scheme yet: To absorb all of the world’s books and take over the world!

Trowzer – The serpent salesman claims to be the most skilled and knowledgeable character in the game, though Laylee suspects he’s little more than a dodgy dealer. During their adventure, Yooka and Laylee can purchase advanced manoeuvres from Trowzer’s travelling moves shop.

Dr. Quack - The former partner of Dr. Puzz, Quack’s increasingly wild experiments lead him down the path of corruption. Now fully clad in a not-so-hi-tech ‘biosuit’, the ‘good’ doctor uses his scientific expertise to power up Hivory Towers’ Corplet employees

Dr. Puzz - A hapless scientist who’s experience more than her share of tentacle – erm ‘technical’ issues, Dr. Puzz will use her D.N.Ray to transform Yooka and Laylee into a plethora of crazy critters and help them on their adventure.

Yooka-Laylee, which is being developed with the Unity engine after a very successful Kickstarter campaign, will be available in Q1 2017 for PC (Windows, Mac & Linux), PlayStation 4, Xbox One and WiiU.