XMG has announced that its 'Desktop-Replacement' APEX 15 MAX laptop has now been upgraded to support AMD's Ryzen 5000 Desktop CPUs.

Press Release: With the XMG APEX 15 (E20) introduced in March 2020, XMG attracted much attention for the world's first laptop with AMD Ryzen desktop processors for socket AM4. It is now succeeded by the XMG APEX 15 MAX (E22), which brings an update to CPUs up to the Ryzen 9 5900X and 5950X, a GeForce RTX 3070, and a motherboard with a B550 chipset. By focusing on desktop processors, the MAX version also differs from the XMG APEX 15 (M21) presented in 2021, which utilizes conventional mobile CPUs. In line with the desktop replacement approach, the size and weight are somewhat higher in order to integrate a powerful cooling system. 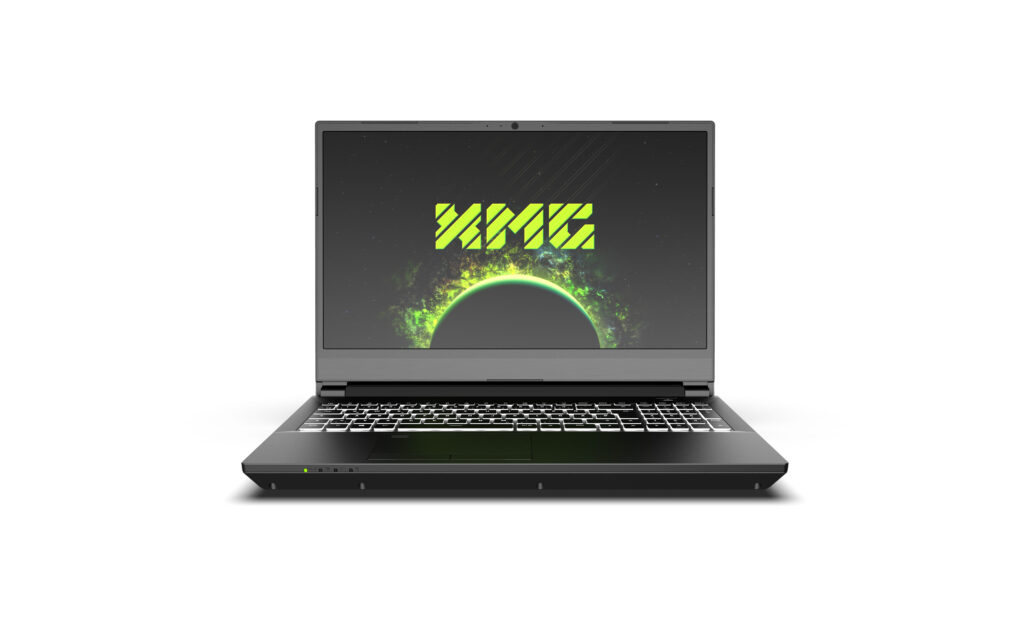 The E22 version of the XMG APEX 15 MAX comes with a B550 chipset motherboard and several hardware updates compared to its B450-based predecessor, the XMG APEX 15 (E20). To begin with, the laptop makes the leap to Nvidia’s current GeForce RTX 3070 and RTX 3060. Both graphics cards operate at 115 watts TGP and are now connected via PCI Express 4.0, as is the primary M.2 SSD.

The heart of the unusual concept, however, is the processors. The company does not opt for mobile CPUs from AMD's Ryzen H-series, but for swappable AM4 socket desktop processors. Officially, XMG recommends the configuration of a Ryzen 9 5900X, Ryzen 7 5700X, or Ryzen 5 5600X. Regardless of the respective TDP class of 65 or 105 watts, the processors operate with a PPT (Package Power Tracking) of up to 88 watts, so CPUs starting with the Ryzen 9 5900X with 12 cores and 24 threads run in AMD's ECO mode.

XMG also offers the option of equipping the APEX 15 MAX with an AMD Ryzen 9 5950X with 16 cores and 32 threads. However, this is not officially recommended for standard users and should only be configured by experts: In order to achieve a significant performance advantage over the already powerful Ryzen 9 5900X, it is necessary to manually adjust the voltage and fan curves using AMD's Ryzen Master software. The extent to which this process succeeds depends strongly on the potential of the individual processor used.

In order to make 105 Watt processors such as the 5900X in the APEX 15, MAX run stable under all operating conditions, profound and exclusive modifications to the BIOS and firmware of the MPS-VRMs were necessary compared to the original laptop design. XMG applies these on every laptop regardless of the configured processor; making a subsequent upgrade to a stronger, supported Ryzen processor possible without any problems.

The performance that can be expected from the configurable CPUs, and that which experienced users and enthusiasts can theoretically get out of a Ryzen 9 5950X in the APEX 15 MAX, is shown by the company's own performance benchmarks. For example, the Ryzen 7 5700X with eight cores achieves a multi-core result of 4,757 points in Cinebench R20, while the Ryzen 9 5900X with twelve cores achieves 6,350 points. With the Ryzen 9 5950X with 16 cores, up to 8,140 points is possible under the aforementioned conditions, but cannot be guaranteed.

Externally, the XMG APEX 15 MAX does not differ from its predecessor and still utilizes a 361 x 258 x 32.5 mm desktop replacement chassis with a weight of 2.6 kg. Accordingly, the laptop has ample internal space, allowing the integration of a cooling system that matches the components and enables their performance potential to be permanently unleashed. The chassis mainly consists of robust ABS polymer, while the display lid is made of aluminum.

When it comes to the 15.6-inch Full HD display, XMG steps up a gear and uses a considerably faster 240 Hz IPS panel. In addition, the laptop is capable of driving up to three external monitors. Image output is via a DisplayPort 1.4-capable USB 3.2 Gen2 port (Type C), and HDCP 2.3-capable HDMI 2.1 output, and a Mini DisplayPort 1.4. Since the AMD desktop CPUs used do not feature an integrated graphics unit, all video interfaces are directly connected to the dedicated Nvidia graphics chip. 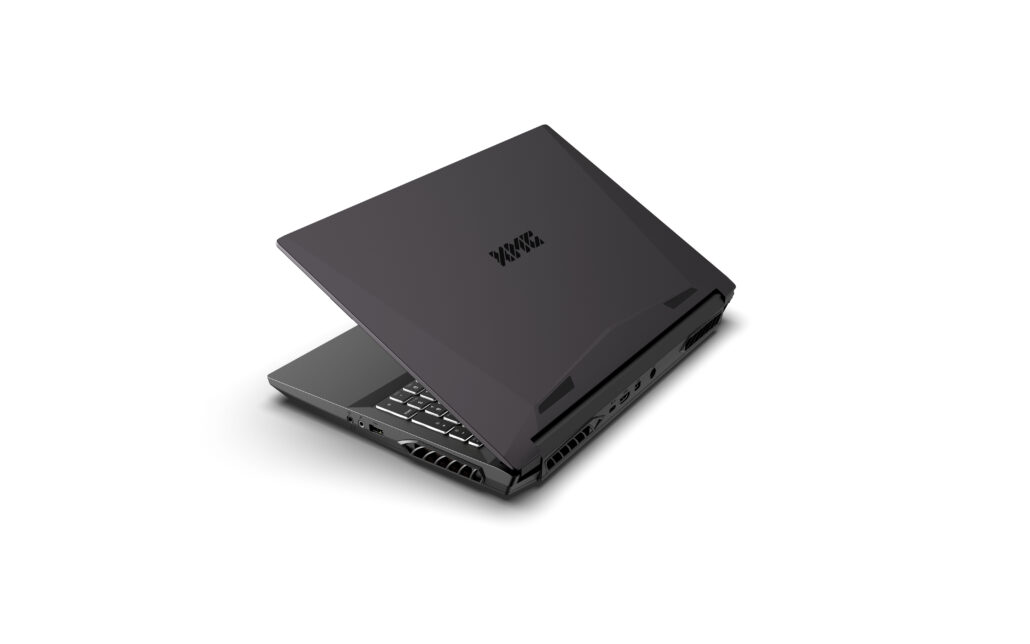 Alongside two SO-DIMM sockets for up to 64 GB of plugged-in DDR4-3200 RAM, the XMG APEX 15 MAX offers two M.2 slots for SSDs and an additional 2.5-inch drive bay. The primary M.2 bay communicates via four PCI Express 4.0 lanes and can thus fully support the performance of all current high-end storage drives – especially since both M.2 SSDs get more thermal headroom to maximize performance due to the use of heat conduction pads between the drive and the motherboard. All components are easily accessible via the screwed-down bottom shell, so your own upgrade plans are just as easy to implement as cleaning the interior of the laptop. In keeping with the maintenance-friendly concept, the 62 Wh battery can also be removed from the chassis. Inputs are made via a Microsoft Precision-compliant touchpad with an area fingerprint reader and a multi-color backlit keyboard with a full numeric keypad and full-size arrow keys.