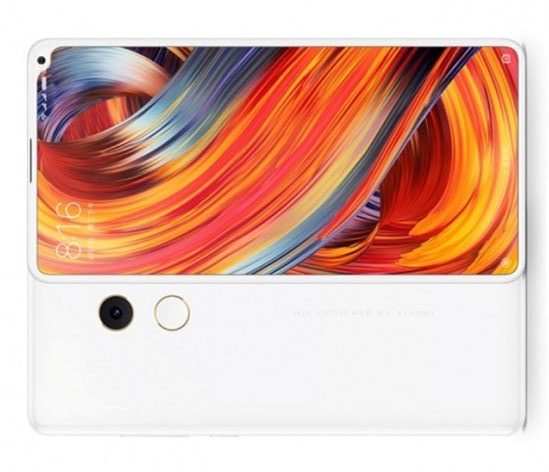 Over the past couple of days, the Xiaomi Mi Mix 2s is a regular and daily part of the rumor mill. The Chinese company is eager to become a consistent name in the flagship smartphone industry. Its Mix 2 stole the show last year, reminding everyone why smartphones with 18:9 displays do not need high price tags. Now, Xiaomi wants a quick upgrade, to make sure that the Mix lineup's primary camera performance is on par with other smartphones in the market. Today, we've got a new video which allegedly depicts the smartphone. Take a look below for the details.

Our and reader attention for the Xiaomi Mi Mix 2s peaked when some alleged renders for the smartphone came up on the rumor mill. These sparked an unusual interest in the smartphone, especially from our end. 2017's Mix 2 is an amazing smartphone, if analyzed in aesthetic terms. Xiaomi has placed the smartphone's front camera sensor at the bottom, creating a fantastic illusion of more screen-to-body area ratio.

Now, the company will shake things up on the Mix 2s. After the aforementioned renders, little evidence came in support for this latest design upgrade. Now, we've got a video from China which allegedly depicts the feature. Given the amount of dummy units produced each day in China, you are advised to take this with a grain of salt. But, as a first, it is still worth it to get a feel of how the top right front camera will blend in with the Mix 2s' overall form.

What is more interesting is the 'feel' of this device's UI. Xiaomi's MIUI is one of the better OEM skins out there, and the Mix 2s will not disappoint in this regard either. The gadget runs very smoothly in the video above. Unfortunately as is often the case, the quality is poor, allowing us limited context to analyze the latest aesthetic upgrade from Xiaomi's end.

Speaking of aesthetics, yesterday a good image showing this smartphone's back leaked. It depicted a similar build material and form as the Mix 2, with the only change being a stacked dual camera setup. Looks like these changes are enough for a refresh - with real updates from Xiaomi expected on the Mi7. But, right now, the Mix 2s is all the rumor mill can focus on - with our full support. Thoughts? Let us know what you think in the comments section below and stay tuned. We'll keep you updated on the latest.