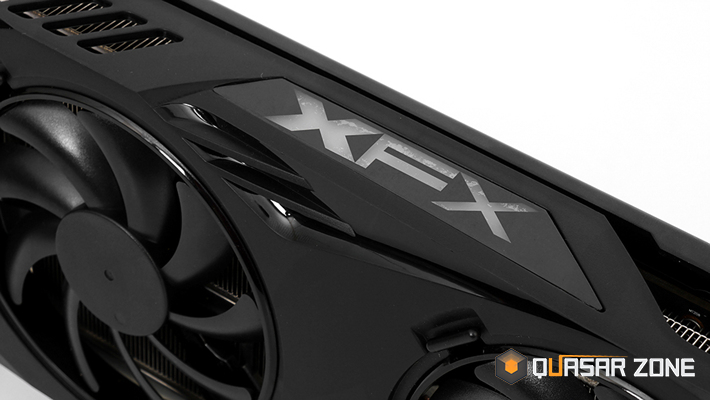 The non-reference versions of RX 480 are coming in hot, and XFX’s own offering has been pictured in the latest string of pictures, possessing several attributes that are not common to the reference version, so check these out.

Thanks to Quasarzone for helping us view the beautifully crafted GPU, one of the prominent differences between this version and the non-reference graphics card is the presence of the custom logo. When powered on, the XFX logo lights up, upgrading the aesthetic element of your gaming rig. Additionally, the backplate is another stunning piece found on the GPU and there are several holes punched at the rear side to give the components some breathing room to remove all that heat. Apart from giving the PCB a layer of protection, the backplate is definitely one of the most appealing things about the non-reference card.

The XFX Radeon RX 480 features an 8-pin connector, but at this current time, we do not know its specifications. However, the superior cooler and the 8-pin connector all indicate that a higher clock speed is expected ‘out of the box’ compared to the reference version. If you gaze at the cooling solution itself, you will notice a total of 4 massive copper pipes designed to dissipate a substantial amount of heat away from the GPU, as well as a rectangular thermal pad solution, which is most likely dedicated to cool the VRMs. Looking at the cooling solution, we have to say that tweakers will definitely be able to gain a sizable overclocking result on air cooling alone.

As for the specifications of the GPU itself, AMD’s Radeon RX 480 is based on the latest GCN 4.0 architecture which makes use of the FinFET architecture to deliver low power consumption, lesser voltage leak and better performance. In addition, AMD deploys a completely new architecture for Polaris chips with enhanced features listed below:

The 8GB frame buffer will allow great gaming experience on the 1440p resolution, and the memory clock of the GPU is running at 8GHz, which brings us to a grand total of 256 GB/s memory bandwidth. We have provided a video of the GPU at the bottom featuring all the cool stuff that the reference version of the RX 480 does not possess so do a look at it and tell us your thoughts.