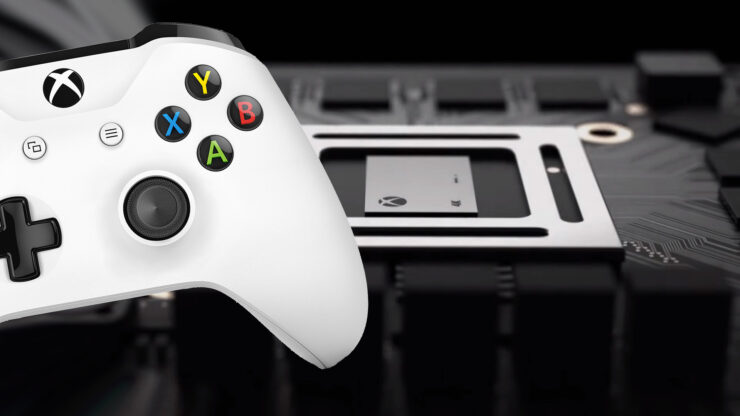 The next console generation is fast approaching, with both the PlayStation 4 and Xbox One consoles being now over five years old, but official details are still scarce on the new consoles that Sony and Microsoft will release in the fairly near future. According to rumors, however, the Xbox Scarlett, as the next-gen Microsoft console seems to be codenamed, is going to bring some very important changes in the console space.

According to a video report from renown Microsoft insider Brad Sams (Executive Editor of Thurrott.com), the Xbox Scarlett console, which will release in 2020, will be using Zen 2 and AMD's next-generation GPU technology. The aim would be to have games running at 4K resolution and 60 frames per second. This would align with earlier rumors on the PlayStation 5 hardware, which pointed to an eight-core Zen CPU and a Navi-based GPU. Once again, both next-gen consoles by Sony and Microsoft could be powered by AMD technology.

For the next generation, Microsoft is going to take a varied approach, releasing different types of hardware that will be able to run games through the cloud, like a cheap Xbox console that runs game via the Azure infrastructure, as well as traditional hardware. The company is going to be embracing digital distribution even further, bringing changes to the Windows Store (as promised by Phil Spencer, Executive Vice President of Gaming at Microsoft) and Xbox App and creating a unified system.

Backward compatibility is also in the cards, which is not surprising considering how well it's doing on Xbox One.

All of this information has not been confirmed officially, so we have to take it with a grain of salt for the time being. If the console is indeed coming in 2020, we will finally hear more about it sometime next year, possibly at E3 2019; after all, Microsoft already announced the Xbox One X console a year and a half before it actually shipped.