The Xbox One is getting a fairly major firmware update this week. The headline feature, which has been in testing via the Xbox Insider program for some time, is a more streamlined, responsive home screen. As you can see in the image below, a lot of the clutter that has plagued the Xbox One home screen has been cut, to the point it almost looks like the Nintendo Switch home screen now. This simplified look ought to speed things up a bit. 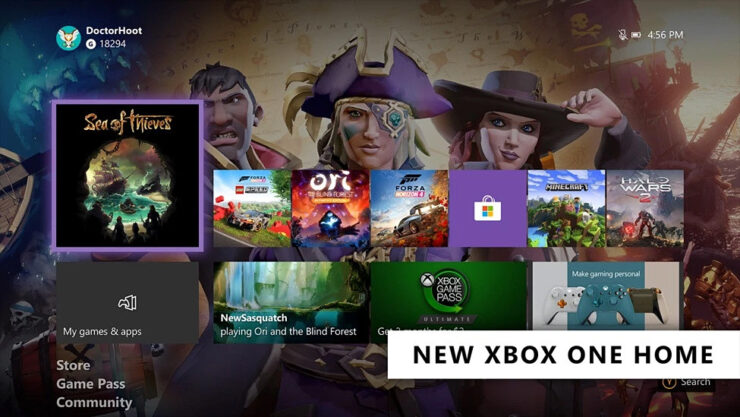 Other new additions include additional options for storing and sorting games, image and GIF support for chat, new Mixer features, and more. Here’s the official rundown of everything included in the February Xbox One UI update:

We are officially unveiling the new, streamlined Home interface for all Xbox One users as part of the February Update! The community feedback since we began testing these Home improvements last year has proven invaluable to building an experience that feels more responsive, keeps your favorite content front and center, and gets you into your gaming experiences faster than ever. With the new Home experience, we’ve removed the Twists from the top in favor of dedicated rows for Xbox Game Pass, Mixer, Xbox Community, and Microsoft Store, while also giving you the flexibility to add or remove rows for a customized experience.

With the February Update, we’re bringing you more ways to keep My Games & Apps organized! You will now find content grouping for easier navigation and access to your favorite games and apps, as well as labels for trials and demos and a streamlined settings experience to simplify how you interact with your gaming collection. 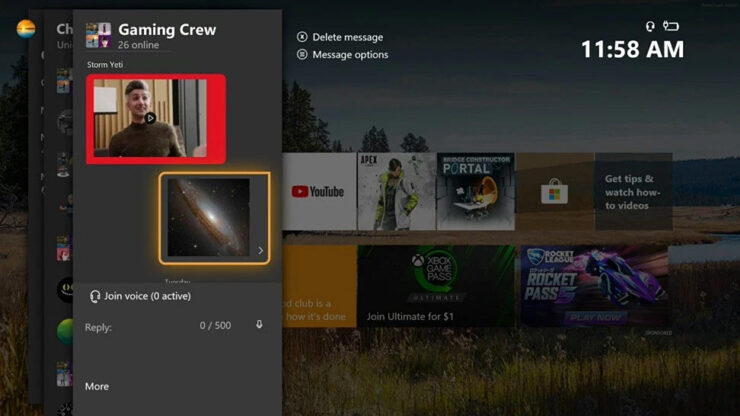 Image and GIF Support in Conversations

We’re enabling the ability for you to view images and animated GIFs in messaging conversations with your Xbox Live friends on console, with the ability to also view content in Message Requests based on your message safety settings. Now, images sent from the Xbox mobile app on iOS or Android or the new Xbox (Beta) App on Windows 10 will also display on your console, with the added ability to view the content in full-screen on Xbox One.

Xbox Game Pass members: we’re giving you additional control over which content to install when downloading and playing Xbox Game Pass titles that are part of a larger bundle listing, such as Shenmue I & II. With this update, you will now see an “In this bundle” overview from the install dialog, as well as the option to select which individual title to download & launch.

Choose a Preferred Location for Notifications

You can now decide where you want notifications to appear on the screen by going to Settings -> Preferences -> Notifications and clicking on “Default notification position”. This will bring up a menu that lets you choose a preferred spot from one of six locations on the screen, letting you move them out of the way if they end up blocking something important in your games or apps. Note that while your preferred location will become the new default for most notifications, certain games may change this during gameplay for the best user experience. 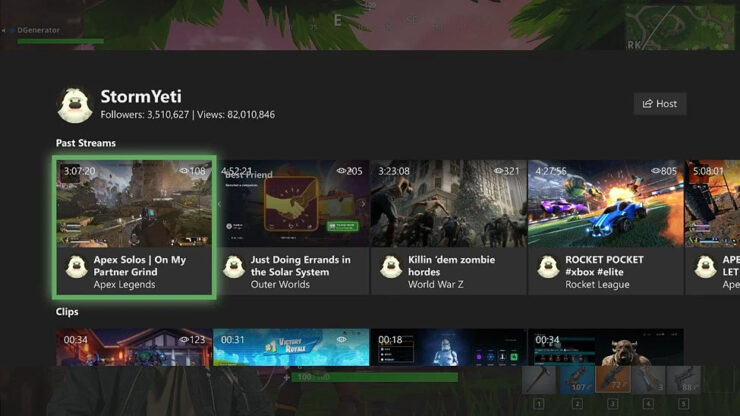 Thanks to community feedback, we’ve made several changes to improve your Mixer viewing experience on Xbox One. You now have the option to switch your chat mode to ‘classic chat,’ which displays chat messages in their own dedicated space beside the stream video. Additionally, you can now manually select the video resolution at which you want to watch content based on your preference. Lastly, you can now see more information about streamers you’re interested in, browse their VODs & Clips to watch, and host their channel on your own, making it easier to support your favorite streamers and keep up to date with all of their content.

With the existing Storage Management feature, when you run out of space your Xbox One makes space-freeing suggestions for you by organizing and displaying which games, apps, and other content is taking up the most room on your hard drive. In the February Update, we are introducing a “Move” option for users with external storage attached to their console, giving you the choice to either transfer or remove items to free up the needed space as desired.

You should be able to download the February Xbox One UI update sometime this week. What are your thoughts on the new features? What does Microsoft still need to fix?