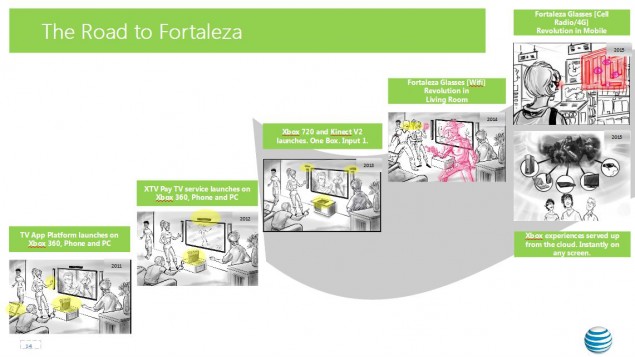 The patent-art also shows us that the Xbox One Augmented Reality glasses wont just be an overlay/output for games but an apparently true approach to augmented reality. It can be seen on the Patent-art that two people are sword fighting with the help of the Fortaleza Glasses and they are outdoors (Connected to Xbox One via Wifi or 4G?) and the games being played are a hybrid of Augmented Reality and good ol’ Reality. The labels over the people inside the Xbox One Augmented Reality glasses view and the menu also shows us that the Fortaleza glasses will be a hybrid of Google Glass (AR) and possibly Oculus Rift. 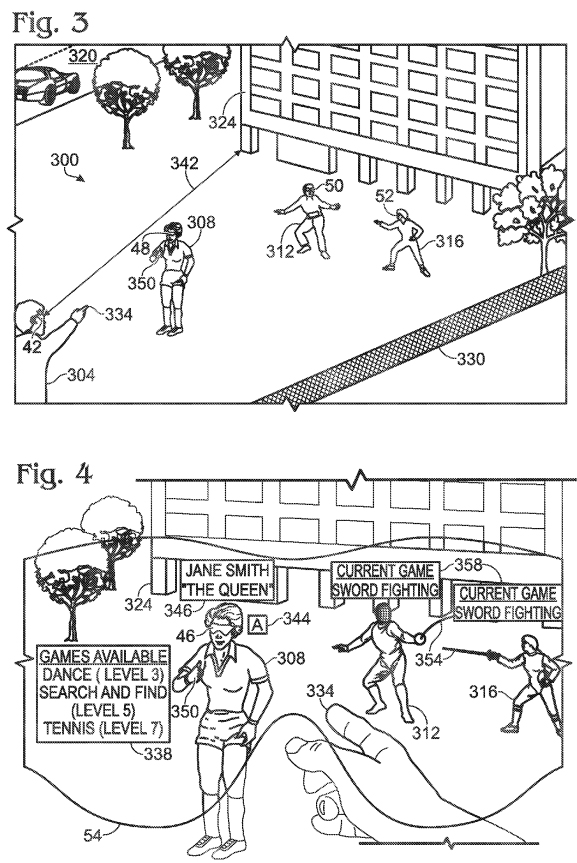 The patent also features some pretty futuristic authentication and control features, apparently you can ask a person vocally to a game and the Xbox One Augmented Reality Glasses using techniques such as Facial Recognition, Voice Recognition, Depth Information, Eye- Tracking and other sensor information to accept and conduct the game.

Xbox One AR Fortaleza Glasses were always Microsoft's Endgame for this Gen. 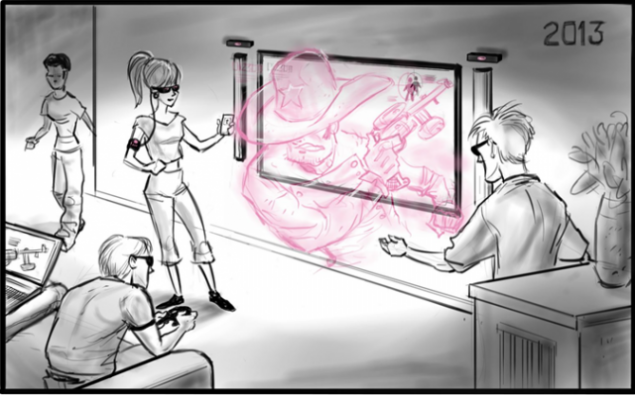 The old  leaked power point showing Xbox Ones roadmap predicted that after the release of the Xbox One a Pay-TV Service would follow, after which by 2015, the gaming scene would have evolved into Cloud Based gaming with the Xbox One Streaming games to multiple devices and Kinect Glasses a.k.a Fortaleza Glasses. However we are not sure how this factors in with the Xbox Ones dismal launch.

If the technology represented by the patent is true then it will truly revolutionize multiplayer gaming opening for the first time true Hybrid-Reality Multiplayer scenarios. This would also justify the Kinect compulsion for Xbox One. 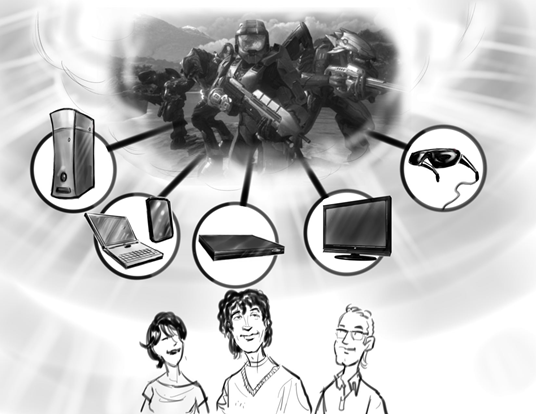