The engineer behind Xbox Live, development of Xbox One and Microsoft XNA game development tools has left Microsoft this month after a massive 17 years of service in Microsoft. He announced his departure from Microsoft team today and uploaded a goodbye note on his twitter profile:

Goodbye Microsoft. It was a good run. Xbox was Great! Time to do something new.

He added to clarify that he left on his own behalf and still wished well for Xbox:

"I am happy with Xbox One. Super proud of it and the team that built it"

He also tweeted that as of yet he didn't know which direction he wanted to go in but he said that exploring new ideas from the start is fun and exciting.

Not yet ready to say what that new thing is… But OMG is writing code very day and exploring ideas fun!

The people were very kind in return, thanking him for the XNA development tools and wishing him best of luck in his future endeavors.

@BoydMulterer awww 🙁 you did an amazing job. Good luck in your future. You inspired me to finish school and get into ComputerScience

@BoydMulterer Thank you so much for XNA ! Made my career to video games 🙂

In his reply tweet, he sounded very pleased by the Xbox and XNA community and thanked them in return for their kind words of departure.

Wow. Lots of kind words coming in today. I’m proud to have affected so many and hope to continue doing so!

An Amazing 20 Years in Total 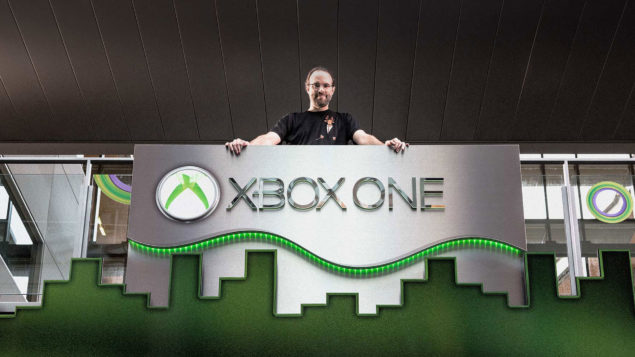 Boyd Multerer came to Microsoft in 1994 as a contractor while still working at his own firm, Zephyr Design, and afterwards transformed in to a becoming a full time Microsoft employee in 1997. After working on IIS, he was promoted to being the Development Manager for relatively a very small Xbox team in August of 2000. He the led the development of Xbox Live, which debuted at E3 in 2002, about six moths after the Xbox console was launched. He then went on to develop XNA, the independent platform for game developers, which basically attracted many independent developers to work on the platform and built "the first open marketplace on a console." Later in 2009, he worked on an "advanced media project" for Xbox One and SmartGlass.

More recently,  Multerer served Microsoft as the Partner Director for Development for Xbox, overseeing the technical design and development for the current Xbox One console. And according to WinBeta,

"he managed a budget in the "high 10s of millions of dollars", and helped to implement the Xbox One's ability to update in the background, something he'd envisioned back with the first Xbox."