EnGadget is currently one of the few sites at E3 and they have had the privilege to unbox the first new XBOX 360 Slim, there are ALOT of pictures all of which are very high quality and will definitely make you want more and definitely want your own XBOX 360 Slim. 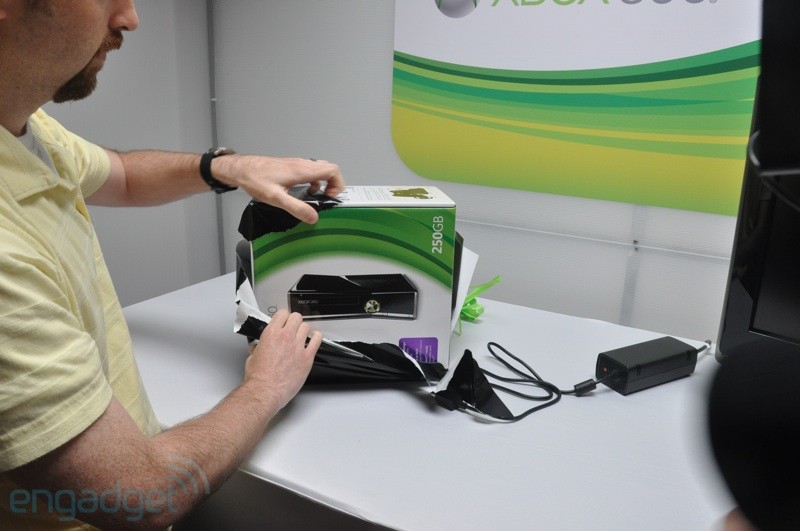 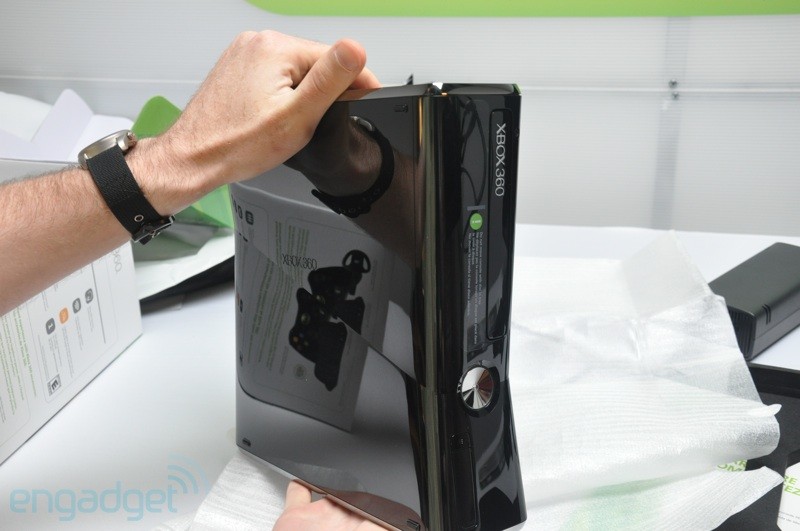 Some points EnGadget made regarding the Slim model are :

* The touch sensitive buttons quickly asserted themselves as not-the-best-thing-ever when were unable to tell if we'd turned the Xbox on under the bright lights of Microsoft's setup. We're sure we'd see the green glow easily in our dark entertainment center at home, but it's a small little inconvenience -- one that PS3 owners are well aware of.
* The touch sensitive eject button isn't so bad, because the tray seems uber fast -- we didn't clock it, but we'd say it pops out faster than our existing Xbox.
* The Xbox feels just about as heavy as the existing Xbox, although the power adapter is smaller and much lighter.
* We booted up Alan Wake and while we were in a relatively loud room, we didn't find the Xbox to be loud at all. We'll have to get it in the labs to see how it stacks up with the original, but Microsoft obviously had noise pollution in its sights here.
* This is a personal opinion, but we think it looks pretty badass in person, though not at all a wild shift from the existing look. 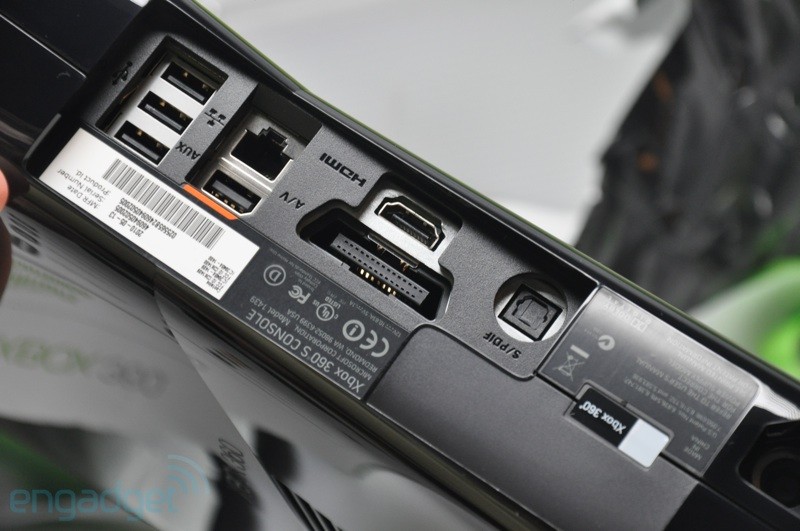 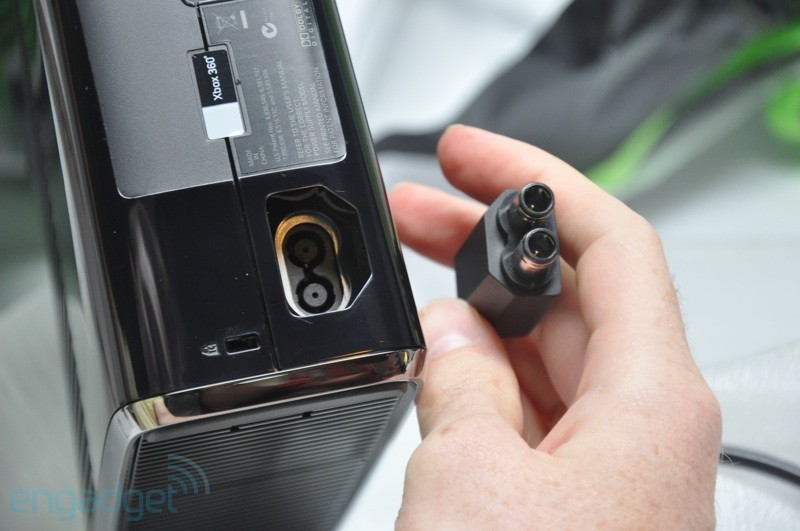 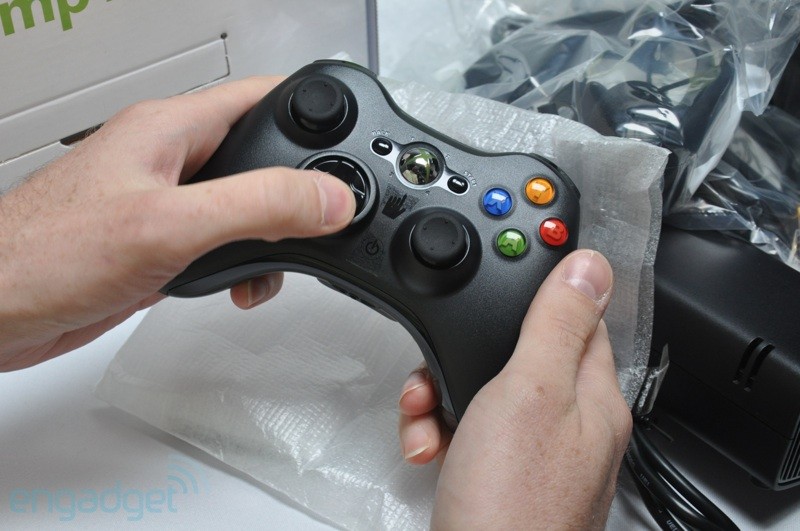 For more pictures head on over HERE