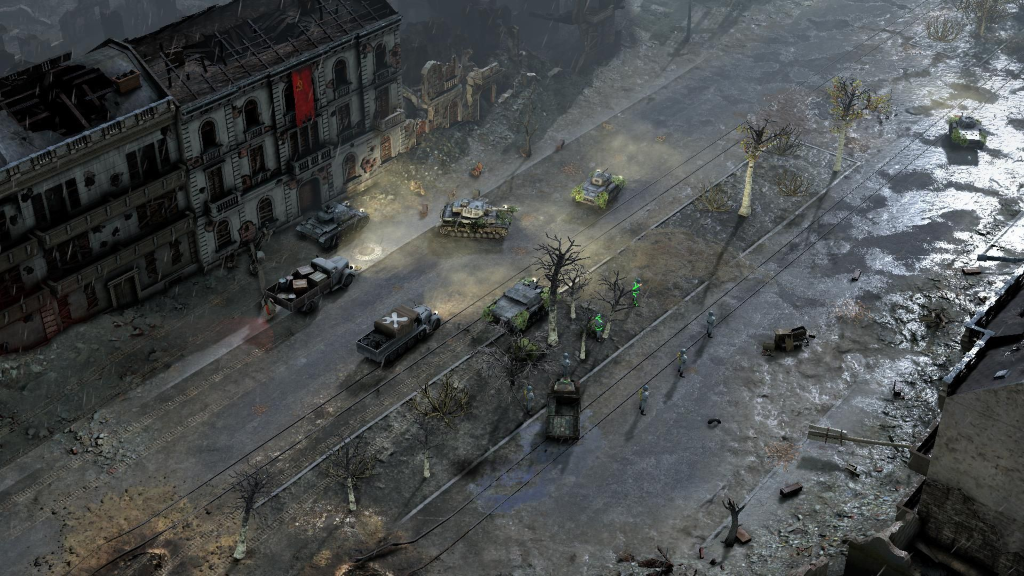 Kalypso continues its tradition of reviving and invigorating classic titles and IPs, and the excitement surrounding the announce of Sudden Strike 4 cannot be understated. The team at Kite Games consists of many talented individuals with an outstanding pedigree with World War II RTS titles, and the commitment and passion they are pouring into Sudden Strike 4 confirms that Kite Games is the perfect partner to bring this revered series back to the forefront of the RTS community.

The game will have three different campaigns: one for the British-American, one for the German and one for the Soviet. Also, for the first time in the franchise it will be possible to choose one out of nine commanders such as George Patton or Bernard Montgomery; each commander will provide unique abilities while allowing for different approaches.

Here's a complete overview of the features:

Gamescom attendees may try Sudden Strike 4 at the Kalypso Media consumer stand (Hall 8.1 - C 40); we already have an appointment to check the game behind closed doors and will report on it afterwards.