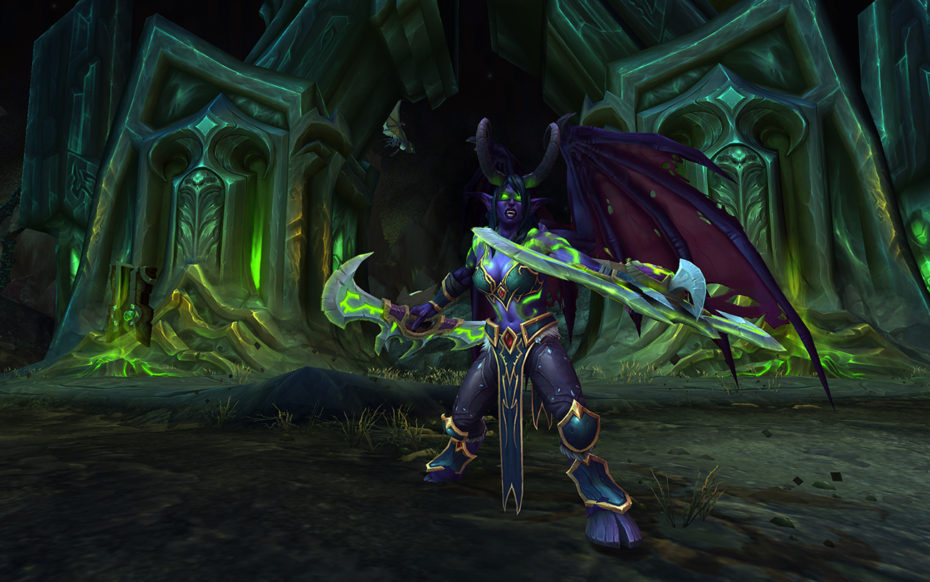 The World of Warcraft Legion expansion released yesterday, but the expansion’s level cap has already been reached.

Like previous WoW expansions, the Legion expansion raises the maximum level cap of the game. In Legion, Blizzard raised the level cap to 110, but one lucky player managed to reach that level in less than 6 hours since the launch of the expansion.

With the help of a friend, Twitch Streamer Fragnance managed to get to level a Demon Hunter from level 98 to 110 within 5 hours and 28 minutes. Although Fragnance didn’t level a toon from 0 to 110, it’s still an amazing feat. As said, he got help from a friend, and he spent quite optimizing levelling time during the expansion’s beta.

The World of Warcraft Legion expansion launched yesterday for PC and Mac. Check out the amazing launch trailer for Legion right here.

In Legion, Azeroth faces complete obliteration as the warlock Gul’dan brings forth a demonic army more powerful than any the Horde and the Alliance have ever faced. To stop the Legion’s destructive crusade, Azeroth’s defenders must embark on a quest to unlock the mythic secrets of the Broken Isles, seek out and master Artifact weapons of legendary might, and rally like-minded champions to their cause in their Order Halls. In this desperate hour, they must also strike a forbidden pact with the outcast Demon Hunters of the Illidari, fel-twisted disciples of the dreaded Illidan the Betrayer. Should the heroes of Azeroth fail . . . kingdoms will burn.

“We’re excited to return to one of Warcraft®’s core conflicts—the ongoing war against the Burning Legion—and send players on their most epic adventure yet ,” said Mike Morhaime, CEO and cofounder of Blizzard Entertainment. “We’ve filled Legion with features and content that give players whole new ways to experience World of Warcraft, including a brand-new hero class, awesome Artifact weapons that unlock a new progression path, and more freedom to explore than ever before. We can’t wait for players to see everything in store in this expansion.”