CD Project RED has released a stunning new screenshot for The Witcher 3, which showcases Ciri having a conversation with the bard Dandelion. 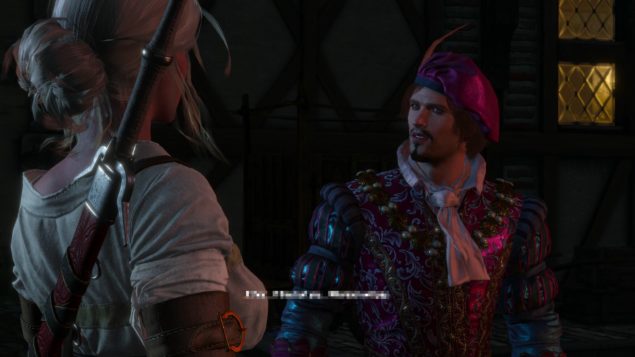 The Witcher 3: Wild Hunt Level Designer Miles Tost, shares some information regarding some aspects of the anticipated title. Responding to a fan asking how many hours can we expect to play as Ciri, Miles Toast explains that it is the perfect time for striking a balance.

@XiProcess Striking that balance between having a good amount of time with her without the coolness wearing off. Dont know a precise number.

Community Coordinator Marcin Momot stats that more information regarding PS4 pre-loads will be provided next week.

The Witcher 3 will unlock on May 19 at 1 am CET for the European PSN.

@drewmentalised The game unlocks May 19 at 1 am CET

The North American and Brazil versions of The Witcher 3 won’t feature any kind of censorship.

@rhamorim @CDPROJEKTRED We are not aware of any changes to the Brazilian version.

Gamestop provided an infographic with a few details on The Witcher 3: Wild Hunt.