CD Projekt RED has released a new screenshot for The Witcher 3: Wild Hunt, as well as a new view detailing the monsters of The Witcher 3. You can view the image and video below: 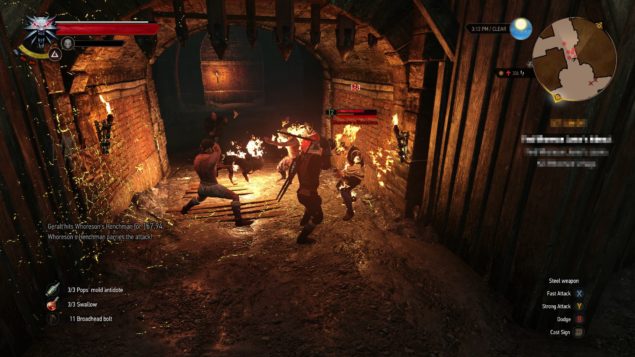 In order to become the best monster hunter, you must first learn how to understand your foes - where they can be found, their attack pattern, and what they fear. And it is your job to figure out the best way to kill them.

The Witcher 3: Wild Hunt level designer Miles Toast has revealed tons of interesting new information during a livestream hosted by GoG.com, as well as a first glimpse of some footage of the game on the PlayStation 4. Proper PS4 footage will be available later today, which we will bring you as soon as we get it.

Nvidia has made available the first screenshots from The witcher 3 that demonstrate Nvidia features like HairWorks and HBAO+. Nvidia has also released a press release announcing that both Batman Arkham Knight and The Witcher 3: Wild Hunt will be included in their GPU bundle with the GTX 980 and GTX 970 GPUs.