The Witcher 3, the latest entry of the series developed by CD Projekt RED released last year on consoles and PC, is a beautiful game, as all who have played it know well. Among the most beautiful locations of the game are the Skellige Islands, which provide a nice change of pace from the Velen and Novigrad areas.  If you like the islands, you'll be happy to know that a mod that's been released a few hours ago manages to make them even more beautiful than before. 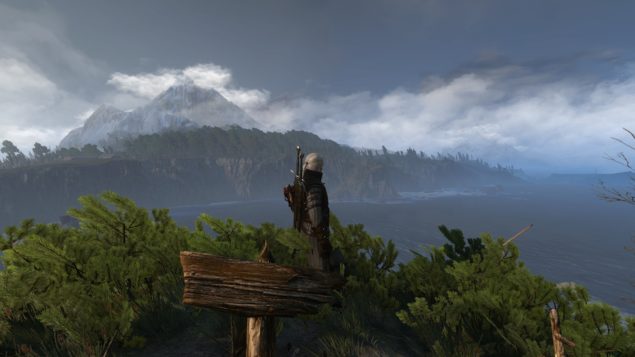 The new The Witcher 3 mod is a rather simple mod called Volumetric Clouds Over Skellige and it introduces volumetric clouds in the location. Needless to say, this addition makes the island less welcoming yet more beautiful than before. You can download the mod by going here. You can also check out a couple of screenshots right below.

Even though the game has been out for a while now, plenty of new mods are getting released each week. A couple of weeks back, we have talked about the Advanced Witcher Book Collection Mod, which allows players to check out both hard to find books and those that have been removed from the final version of the game. Some of the books also become available for purchase by select shops such as the Novigrad boo keeper and the Herbalist in White Orchard.

Three weeks ago, we also have talked about The Forgotten Worlds mod, which allows players to explore locations that are only accessible during specific quests. The mod's description includes spoilers for mid and late game quests so avoid reading if you have yet to complete this excellent role playing game.

The Witcher 3 is now available in all regions on PC, PlayStation 4 and Xbox One. The game’s second expansion, titled Blood and Wine, will be released later this year on a yet to be confirmed release date.