In a recent interview with DualShockers Jose Teixeira shared some details on The Witcher 3: Wild Hunt, regarding water effects, draw distance and more. 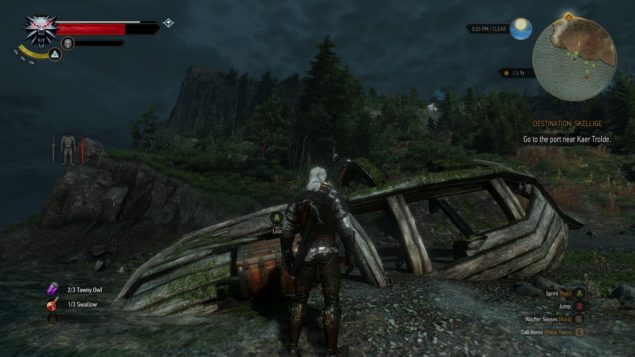 Teixeira talks about the improvements made on the water in the latest build.

The water is one of those things that could be worked on forever! This is one thing that our Technical Art Director – awesome guy, btw – worked on extensively… adjusting the foam, the wave patterns, their reaction to the wind, sooo many things! We even have simulated ripples when characters walk on water, or generated by the boat… and the ocean shader, what a crazy complicated shader that is.

One of the latest tweaks to it was to add this “coloring” of the water as the ocean floor gets deeper, you go from transparent water to a very exotic turquoise tone, and finally to the dark blue tone in deeper waters. It looks super cool, especially in areas where the ocean floor is not too deep.

Some shaders are really great, one of our Technical Artists did an amazing looking ice shader, with some clever translucency effect… You have to see it, under certain lighting conditions looks absolutely fantastic! I know I’m an effects artist, and I know a bit about shaders… but these ones go way beyond my capabilities! 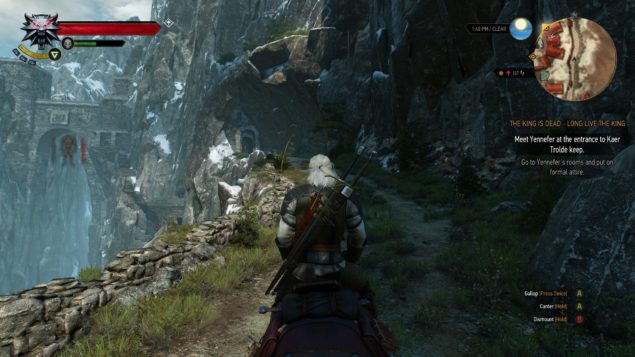 Teixeira talks about draw distance and comparisons between the three platforms.

As far as I know the draw distances are the same in every platform. Now of course it gets more complicated because it’s greatly affected by fog, and all those things, but in the more clear weather conditions, the visibility distance is pretty impressive!

Well, what can I say? We worked crazy hard on  Wild Hunt, and we genuinely hope you enjoy it. As a gamer, I hate hearing those “absolute” sentences like “groundbreaking this” and “revolutionizing that”… How about this: give me a really good game! One that is interesting, well written, well made, a game that will serve as a reference for future role playing titles. I’m biased, of course… But I think we did exactly that.

As for us, CD Projekt Red, this was one hell of a learning experience. A gigantic game, made by a relatively small team (for a project this big and complex), no automated procedural systems, hand-made, hand-placed assets… In three years we upgraded and tweaked our engine so many times, we’ve lost count… And we already have such enormous lists of things to improve it even further… This is mindblowing.

Like I said, I’m super excited to see what comes next and what we’ll be able to pull off with all the lessons learned from this title. We can’t thank the fans enough for their constant support, and please, KEEP COMMENTING! We do actually read the feedback, and it does influence the game! We’re all gamers!