The Witcher 3: Wild Hunt Visual Effects Artist Jose Teixeira, in an interview with DualShockers  has shared a few technical details about the game. 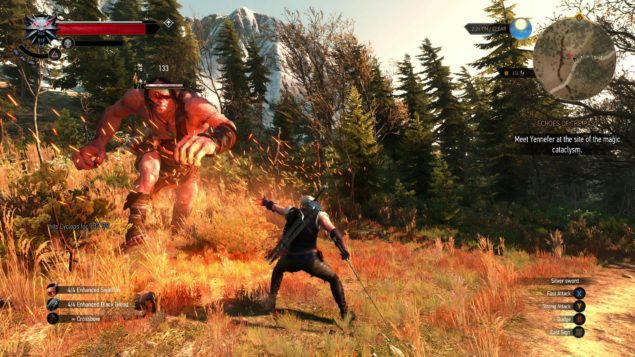 Teixeira begins by explaining his work on the weather effects.

I did work a lot on the weather effect (not as much as I’d like to, I had tons of other things to do!). My intentions were very simple – to not use static textures, and to have a bit more variety and movement to the sky. We came up with a system that generates certain weather conditions based on probabilities, it’s a pretty cool system! Different places in the world experience different weather patterns, snow on colder areas, etc.

Teixeira continues to talk about the power of the consoles and the ever evolving PC.

Oh boy, nothing like a question about hardware to summon the wrath of the fans! I shall attempt to answer this without people demanding my public execution. Was it hard to “fit” this game in consoles? Why yes, of course it was! And that’s the whole point! I’ll try to elaborate, without making it too boring: PCs evolve every year, so the limit to what we can do is constantly changing (believe it or not, that actually makes developing for pc quite difficult).

Consoles, on the other hand, are constants, so we know where the limits are, and it’s up to us to do as much as possible within them. That is a necessary challenge, and one that every gamer greatly benefits from.

Take the last generation consoles – compare a game from the first and the last year – it’s the same console, the same “performance limits”, yet the game looks so much better! Let’s think of it this way – The Witcher 3 is coming out on consoles that are about one and a half years old, and it already looks this good! Based on our experience making this game, the lessons we’ve learned, the ideas we already have to be able to do even more within these same limits… I, for one, am already super excited for the next couple of years. 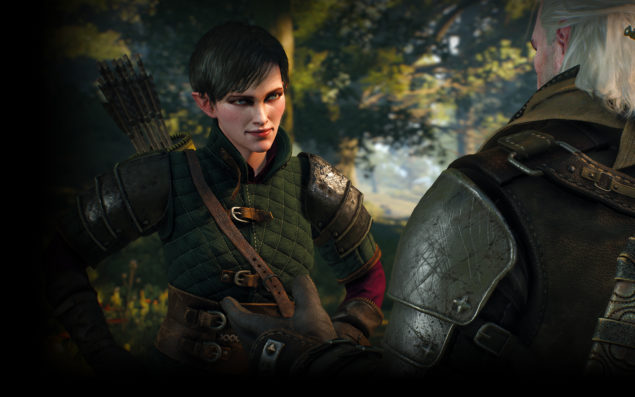 Teixeira explains about the lighting in the Witcher 3 :

Lighting is absolutely crucial! And making an open-world game with always changing lighting conditions was a huge challenge. Every light in the game is dynamic, even some effects cast lights too, you can walk up to almost every light source and extinguish or ignite its flame, nothing is baked!

We ended up not using Global Illumination, light bouncing and reflecting… this is similar to what I mentioned previously with visual effects, an area where things keep getting better every year, but these really cool solutions are still far too expensive to use in a complex game. So to add more detail to the lighting, the whole world is covered in “lighting and reflection” probes, that analyse the surrounding area and light it accordingly. It does a pretty good job.