Microsoft has released a fresh new build from Windows 10 2020 to Insiders in the Fast ring. Today's Windows 10 20H1 Preview Build 18965 brings several bug fixes and general improvements, along with one feature update. Here is everything that is new with today's release:

Control over restarting apps at sign-in

As some of you already know, apps have the ability to register for restart, which helps in a few situations, including enabling you to get back to what you were doing if you need to restart your PC. Previously this option was tied to the “Use my sign-in info to automatically finish setting up my device” option under Sign-in options in accounts settings. We’ve heard feedback that some of you would prefer more explicit control over when Windows automatically restarts apps that were open when you restart your PC, and with 20H1 we’re bringing that option to you.

Windows now puts you in control with a new app restart setting. When turned on, Windows automatically saves your restartable apps when signing out, restarting, or shutting down Windows, and restarts them next time you sign in. This setting is off by default and you can change it any time in Settings > Accounts > Sign-in options, and can find it by searching for “restart apps” in Start or the search box. 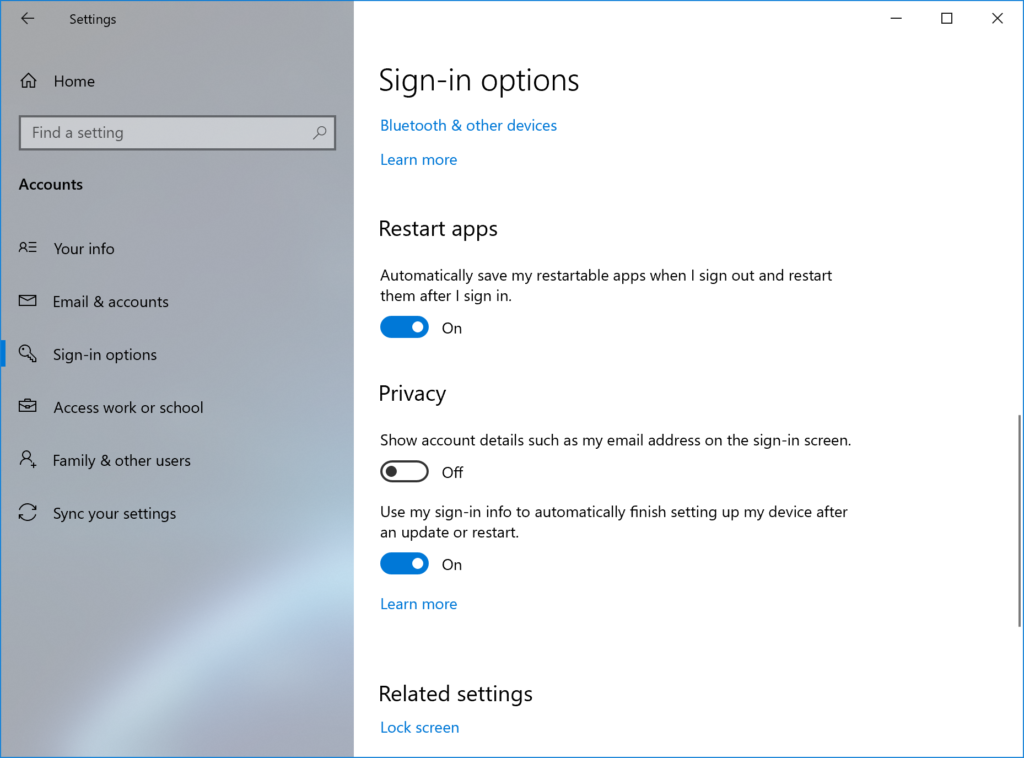 There are also several fixes and improvements. These include:

For more details about Feedback Hub updates and known issues, head over to the official blog post.