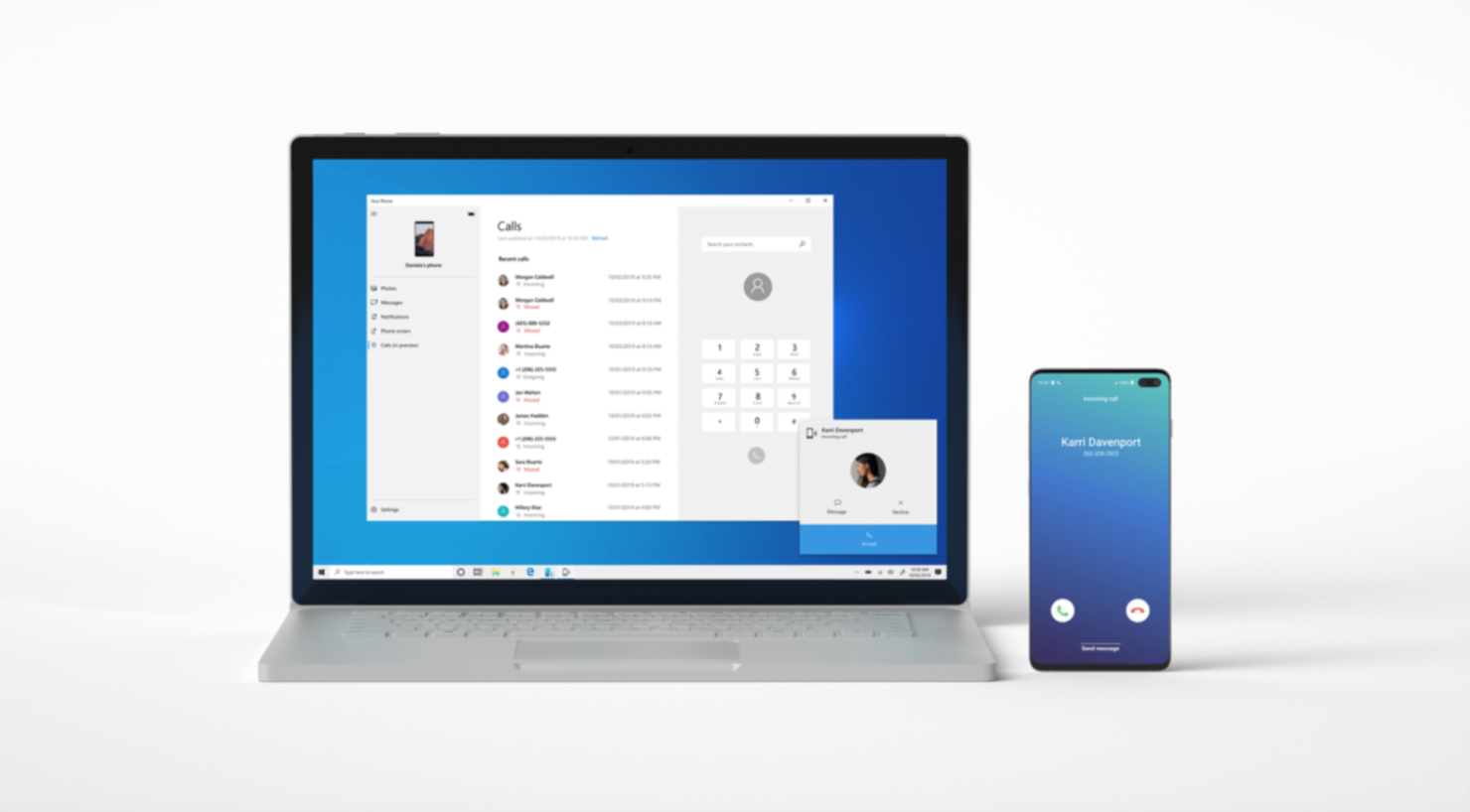 Apple released a brand new version of its desktop operating system last night, which was followed by Microsoft's cumulative updates bringing tons of fixes to Windows 10 (on schedule). Now, a new preview build is out from the 2020 edition of Windows 10 (20H1 branch).

Today's Windows 10 2020 Insider Preview build doesn't bring a long list of new features and focuses on announcing a new feature coming to the "Your Phone" app. Windows Insiders can now answer and reject incoming calls or initiate Android phone calls using the in-app dialer or contact list directly from their Windows 10 PC. You will need your phone to run Android 7 or higher and be on Windows 10 19H1 Build or newer.

Your Phone app – unveiling Calls, now even more ways to stay connected to what matters

We first announced the Calling feature at the Samsung Unpacked event in August, and you saw a live demo at last week’s Surface event. Today, we’re excited to unveil the Calls feature to the Windows Insider community. Check out this early preview and let us know what you think.

No need to dig for your Android phone to answer your personal or work calls. You can now stay connected by simply answering (or not) your phone calls on your PC. Tap into your PC’s speakers, microphone, and large screen for a richer calling experience.

With the Calls feature you can:

This feature will gradually roll out to Insiders on 19H2 builds or newer, so it may take a few days to be available inside the Your Phone app.

We value your feedback, so give it a try and let us know what you think. You can report any issues under the Your Phone > Settings > Send feedback.

Update on the ability to move & resize Cortana’s window

We first started rolling out this change with Build 18975, and wanted to share that as of today’s build, this work is now available for all Insiders.

Please note that we’re still in the process of expanding language/region support of the new Cortana app (as discussed here), and Insiders outside of English (United States) will see a message when launching Cortana saying “Cortana isn’t available.” We’ll update you when the availability increases.

There are also tons of general fixes and improvements, along with the persistent anti-cheat known issue. For more details, head over to the official blog post.