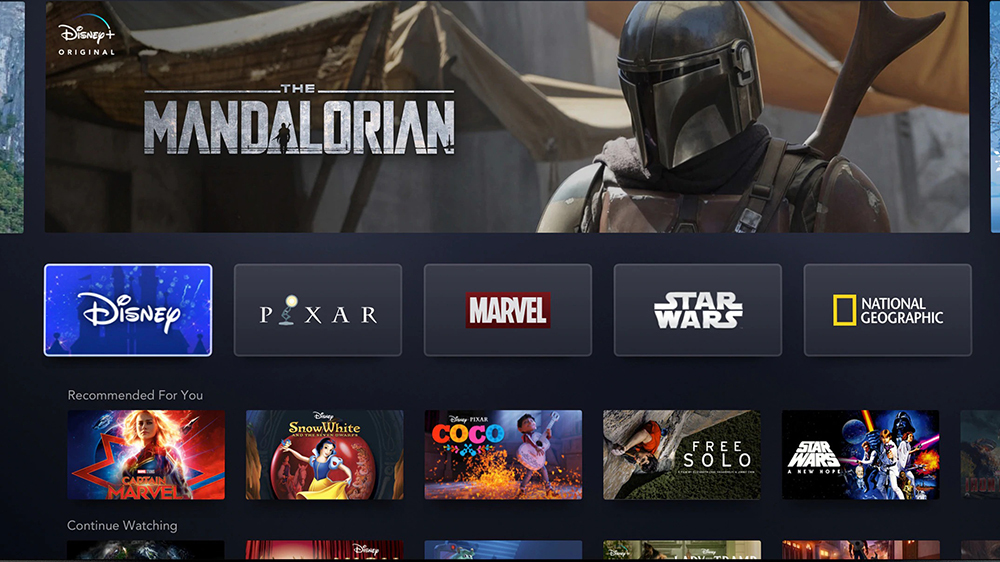 Disney+ has been successful beyond expectations. While initially it was thought that Disney+’s success would come at the expense of streaming platforms such as Netflix (NASDAQ:NFLX) or Apple’s (NASDAQ:AAPL) streaming service, now it seems like the platform will end up cannibalizing Disney’s own properties a report from the Financial Times says.

According to the FT’s sources, there’s a massive push to re-engineer the company’s entire entertainment business around streaming — foregoing the company’s linear content platforms like the wholly-owned ABC network, and the sports channel ESPN, along with flat-growth Hulu. For Disney, it’s a dilemma with an obvious solution: the number of subscribers to its linear channels continues to tumble while the subscriber base of Disney+ has topped 70 million. So wouldn’t it make sense if it had 120 million subscribers on a single service, rather than 73.7 million on Disney+, 36.6 million on Hulu, and 10 million on ESPN+? Of course, but there are also plenty of risks too in this bundling strategy.

The problem is Disney+ does not make money. Despite the fact that investors have been rewarding the stock for its success in adding subscribers, the service is still loss-making for the company. Disney’s subscriber-losing linear cable and broadcast channels bring in the billions, but they just aren’t as profitable as before. For the financial year that ended October 3, Disney made $6 billion in operating income from its cable channels. But with subscribers migrating by the millions to less-profitable streaming platforms Disney has a problem on its hands.

From the Financial Times:

The networks are now declining assets that would be difficult to divest, according to industry bankers. Instead, Nat Geo was integrated into Disney Plus and FX, a more edgy entertainment channel, was given a digital “lifeboat” through Hulu. Disney has shut down the Disney Channel in the UK and is wringing money out of A&E by selling licensing rights to Discovery for its upcoming streaming service.

ESPN, which has seen some of the steepest declines in viewership, needs to pay hundreds of millions of dollars to secure the rights to broadcast professional sports. To recoup that, the Financial Times quotes a former broadcasting executive that says the service would need to be priced somewhere around $40-$45 a month yet on average subscribers only pay $4.50 for the channel.

If anything, this is a problem that all legacy media companies are currently faced with. The stock market has commanded that the future of entertainment is streaming. Warner Brothers, for instance, recently announced that Wonder Woman 1984 and their entire 2021 library will go to HBO Max and theaters simultaneously. If other reports are to be believed, more streaming offerings are coming from the media giant including a streaming version of CNN.  With the exception of Covid, the financials generally aren’t there to support this move — save for a massive hike in prices.

According to a report from Dataxis, a research firm, the Average Revenue Per User (ARPU) from streaming services isn’t expected to get much above $15 even by 2024. 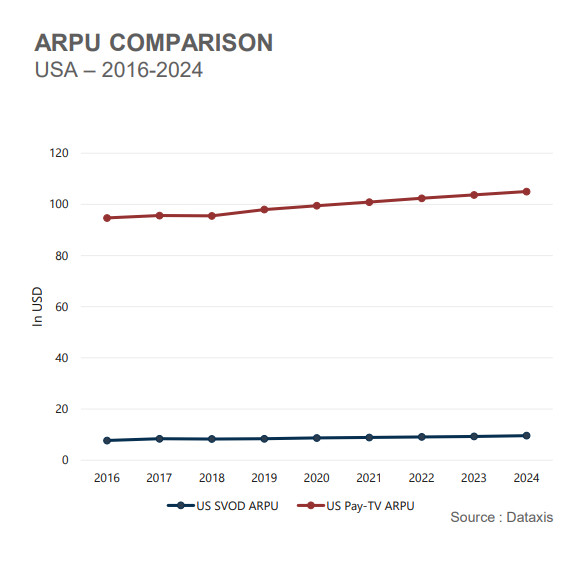 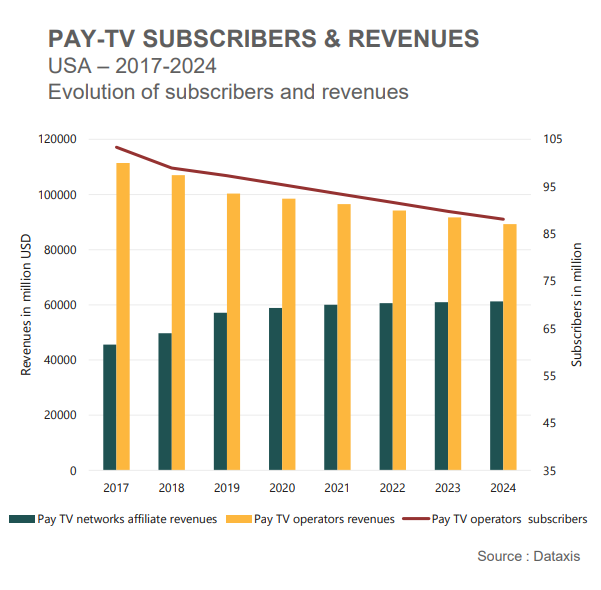 At the same time, ARPU from Pay-TV subscriptions is over $100. But keep in mind that there’s an aggressive middleman in between the channel and the viewer called the cable or satellite company. With streaming, it’s a pure over-the-top play: the ISP acts as a dumb pipe.

Ultimately Disney+ and other streaming services will win out for profitability because of the network effect and the lack of needing to negotiate distribution terms. Amalgamation and scale helps. Disney+ is the better-known brand than Hulu, despite slightly different demographic targets. But it’s a long way to that point, and there’s going to be an ugly stain on balance sheets to get there — offset by stock market gains.