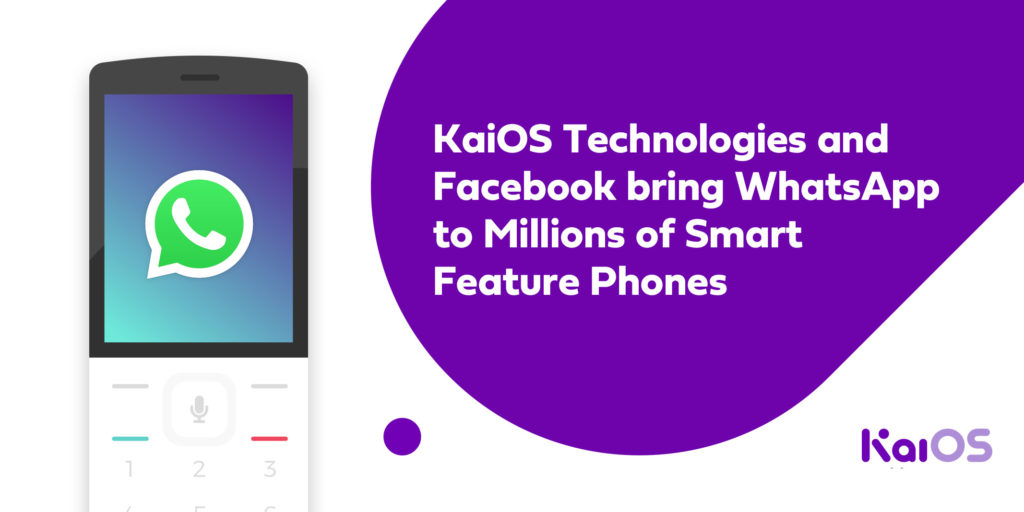 Over the years there have been a decreasing number of mobile operating systems outside of the Android-iOS duopoly. This is particularly troublesome for ultra low-end devices that lack the hardware prowess to even run Android Go, a stripped-down, barebones version of the OS. Thankfully, such devices can rely on KaiOS—a mobile operating system for smart feature phones. KaiOS is based on HTML5 and other open web technologies. The software aims to deliver a rich user experience through access to apps like the Google Assistant, YouTube, Facebook, Google Maps, and Twitter. The announcement was made on Twitter by the official KaiOS account.

We’re excited to announce that @WhatsApp is now available in the KaiStore, connecting friends and family through KaiOS-powered #SmartFeaturePhones using both 256MB and 512MB of RAM! https://t.co/pUnxKmWNk7 pic.twitter.com/G90AXNqtvB

KaiOS is tailor-made for emerging markets such as India, where a lot of people still cannot afford to buy a smartphone. One of the most commonly used apps in the subcontinent is WhatsApp, and KaiOS still can't run it officially. WhatsApp was already available on the KaiOS-powered JioPhone, but other models had to wait for an official release. The app has all the features one would find in the smartphone version, complete with end-to-end encryption.

The company behind the development of KaiOS also says that most smart feature phones powered by KaiOS will have WhatsApp preinstalled in the coming months. Facebook is already available on KaiOS phones in most regions. On the flip side of things, Android phones are getting cheaper and cheaper thanks to initiatives such as Android Go. It is now easier than ever to run a mostly functional version of Android on devices with as little as 512MB of RAM.

Feature phones may look like a dying breed, but there's a surprising amount of demand for them. There'll always be certain elements that need to use a 'burner' phone and feature phones are often the goto for such people. With the increasing privacy concerns stemming from the likes of Google and Facebook, a lot of concerned people are making the switch to feature phones too.