Drones are as ubiquitous as skinny jeans. Just everywhere, so why not buckle down and get your own? Why not be the one that has the smallest yet most advanced drone ever? We can help with that too. The SKEYE Nano Drone is quite possibly the cutest little drone that ever was, and it’s only $34.99 right now in our store, a full 28% off it’s original price. 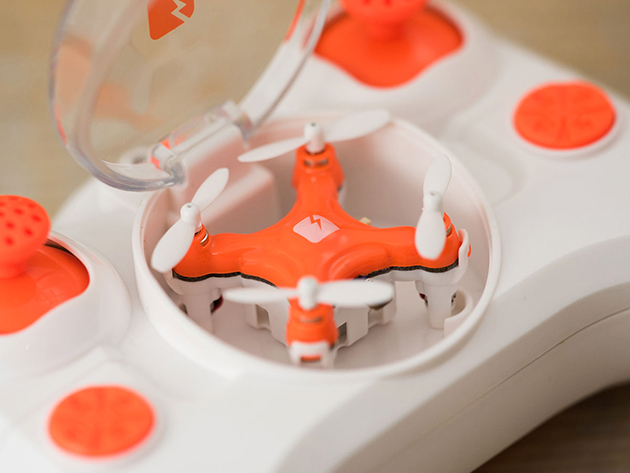 Take to the skies with a wee nimble quadcopter.

This little diminutive drone is far more advanced than you might believe as well. Despite having a short flight time, this little guy (or gal) can do a lot of amazing things. Take it to the park and fly it around, or just keep it inside to play with your pets. Just don’t expect it to carry much of a payload, the laws of physics still apply.

High thrust, low weight, and incredibly responsive controls allow you to perform amazing maneuvers with just a flick of the sticks. The SKEYE Nano Drone aggressively snaps into forward and backward flips and barrel rolls with lightning speed. It can even make banked turns!

Six-Axis Stabilization
Sophisticated circuitry, piezoelectric gyros, and accelerometers give the SKEYE Nano Drone outstanding stability. Each time you power-on the drone, its smart software calibrates the model for stable flight. Take your hands off the sticks, and it returns to a solid and steady hover. You can even throw it in the air while throttling up and it will automatically stabilize!